“We have initiated startup and adjustment operations. In September the second string will be filled with buffer gas and in October we will launch commercial gas supplies,” said Alexey Miller.

Speaking about the reduction of transit risks, he noted that after the commissioning of Nord Stream, Ukraine was no longer an exclusive transit country of Russian gas to Europe.

The second string of the gas pipeline was built ahead of schedule.

The siginificance of Russian gas on the European gas market keeps growing. In 2011 the share of Russian gas on this market rose to 27 per cent versus 24 per cent in 2010. At the same time, the issue of extra gas supplies is very crucial for Europe: in the next seven or eight years it will need more than 100 billion cubic meters to be imported additionally.

Alexey Miller stressed that Gazprom was set to start constructing South Stream in December 2012. Commercial supplies via the gas pipeline will be launched in December 2015.

Vladimir Putin noted in the course of the meeting that the exclusiveness in Russian gas transit for some countries was actually in the past, but the significance of the partner countries remained high. In this respect, further interaction with all the Russian partners in gas transit – Ukraine, Belarus and possibly Turkey in the future, should be continued on a mutually beneficial basis.

Transcript of the meeting start

Vladimir Putin: Mr. Miller, as I understand, I can congratulate you on the completion of Nord Stream’s second offshore string on the Baltic Sea bottom.

Alexey Miller: Mr. Putin, the situation is as follows. Nord Stream’s second offshore string laying is completed. The length of the second string is 1,224 kilometers. The pipe runs on the Baltic Sea bottom from Russia’s Vyborg to Germany’s Greifswald. We have initiated startup and adjustment operations. In September the second string will be filled with buffer gas and in October we will launch commercial gas supplies. The design capacity of Nord Stream will be 55 billion cubic meters of gas – this will make it possible to supply 26 million European households annually.

As you know, the project meets the highest environmental standards, which makes it stand out from other projects. Just like at the design and construction stages, close attention is paid to environmental issues at the current operation stage as well. The environmental situation is monitored across 16 parameters in thousands of geographic spots along the entire route, and the analysis of these check figures and check measurements shows that the actual environmental situation is below the indicators projected and agreed on with the Baltic states. The project execution helped meet two objectives, which are: securing extra supplies of Russian gas and reducing transit risks.

As for extra gas supplies – at present, this issue is very crucial for Europe. Russian gas is playing an increasingly important role, the significance of Russian gas keeps growing on the European gas market. In 2011 the share of Russian gas on this market rose to 27 per cent versus 24 per cent in 2010, and in the next seven or eight years Europe will need more than 100 billion cubic meters to be imported additionally.

Speaking about the reduction of transit risks, we have repeatedly noted that after the commissioning of Nord Stream, Ukraine is no longer an exclusive transit country of Russian gas to Europe, and this role is, of course, in the past. Today we can say that the second string project is being implemented even ahead of schedule, the pipe laying has been completed almost two weeks in advance – therefore, commercial gas supplies will also be launched before the preset deadlines.

Vladimir Putin: Well, in addition to it, as you made a promise, in December the work is due to begin on the offshore section of the South Stream gas pipeline under the Black Sea. What is the timeline for these construction operations?

Alexey Miller: Commercial gas supplies via South Stream will be launched in December 2015. The schedule is agreed with our European partners – German, Italian and French companies, and in December we intend to start the construction. At the same time, all prospecting, preparatory and design activities are progressing right on schedule, and we have no doubts whatsoever that the project will entirely meet its deadlines.

Vladimir Putin: The exclusiveness in our gas transit for some countries is actually in the past, but the significance of our partners remains high, considerable and important. I hope that further interaction with Ukraine and Belarus, and possibly even with Turkey in the future – I mean that we have Blue Stream running under the Black Sea to Turkey (as we spoke, it is possible to extend it even further, taking, of course, into account the situation with South Stream – we will make all relevant decisions) – but in any case our interaction with all our partners should be continued and should be mutually beneficial.

Alexey Miller: We will do our best, Mr. Putin. 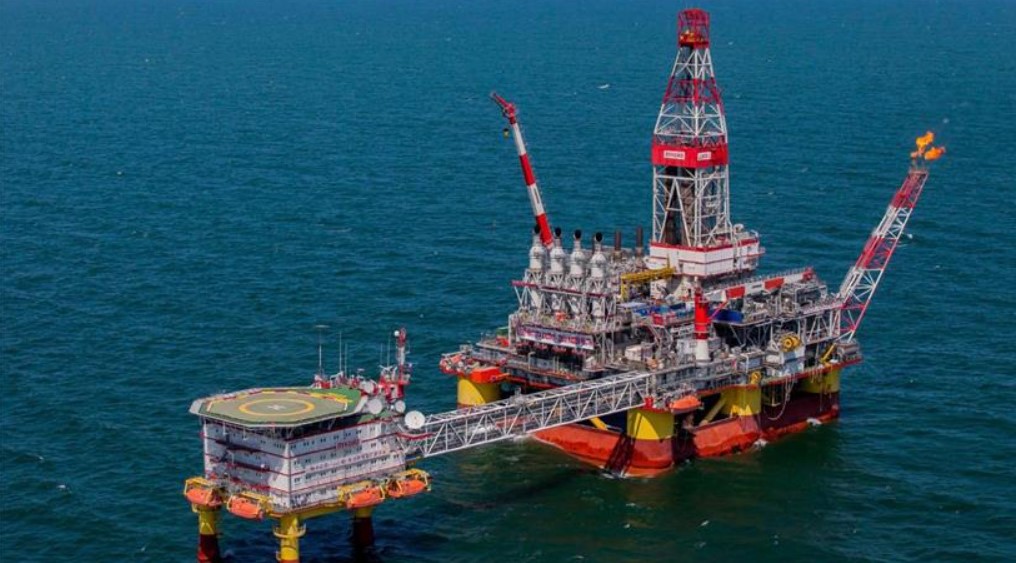