Russian gas giant Gazprom has kicked off a 3D seismic survey in the Russian sector of the Barents Sea.

The 3200 square kilometers survey is being carried out by the Vyacheslav Tikhonov seismic research vessel, over the Ludlovskoye offshore block.

Gazprom says that technology used in the survey is in line international standards and requirements of the Russian legislation in the field of ecology.

‘Vyacheslav Tikhonov’ is equipped with a sonar system that monitors marine mammals approaching, so that work can be suspended if needed, the company said.

“Geophysical studies, which were conducted in the Barents Sea during the Soviet period, have contributed to the initial identification of prospective structures of gas deposits on the Arctic shelf. Modern technology and seismic monitoring, such as 3D survey, is being used by Gazprom on this site for the first time,” says Managing Director of Gazprom Geologorazvedka, Alexey Davydov. 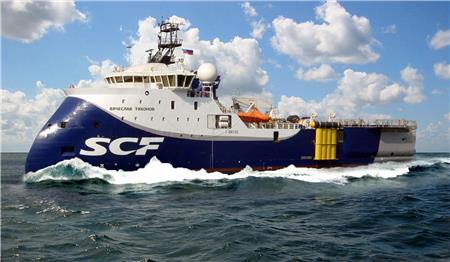