Gulf Coast Shipyard Group (GCSG) said it has launched the first of six LNG-powered offshore supply vessels which it is building for Harvey Gulf International Marine.

Harvey Gulf CEO, Shane J. Guidry, comments, “Certification of these vessels will be made by the American Bureau of Shipping to achieve ‘ENVIRO+, Green Passport’ status. To meet the criteria, GSCG has met the requirements that the vessel be constructed with environmentally-friendly materials and feature advanced alarm systems. Ultimately, the vessel will also be continuously manned by a certified Environmental Officer.”

The company is currently constructing the first LNG marine fueling facility in the United States to be located at its vessel facility in Port Fourchon, LA.

The fueling facility will be a vital addition to the growing national LNG supply infrastructure, supporting critical operations of the oil and gas industry’s offshore support vessel fleet operating on clean burning LNG. 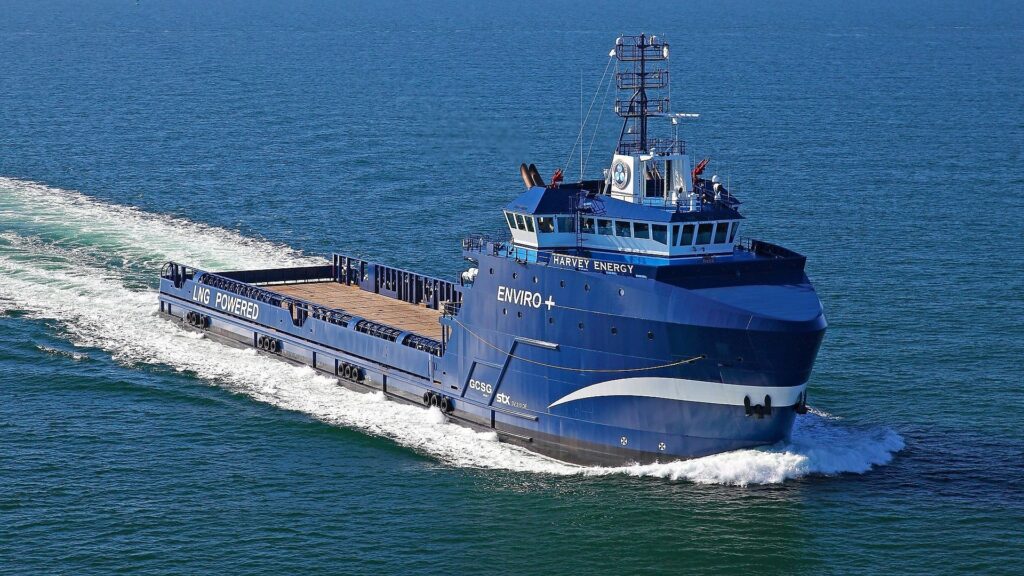