The goal of the XPRIZE challenge is to advance ocean technologies for rapid, unmanned and high-resolution ocean exploration and discovery.

The Team used the Hugin AUV and a USV mothership for launch, synchronized autonomous AUV survey operations, and recovery of the AUV back to the USV.

The Team chose to work together with Ocean Floor Geophysics (OFG) to integrate the Hugin AUV Chercheur into the system.

In addition, the USV SEA-KIT Maxlimer was designed by Hushcraft to act as a surface support vessel for the AUV, including the capacity to launch and recover the AUV and to provide subsea communications and positioning.

In addition to the development of the AUV and USV systems used for data acquisition, the Team developed a complete data processing workflow using Teledyne CARIS and ESRI software allowing all the data products to be delivered within 24 hours.

Autonomous seafloor surveys, with an AUV launch, semi-autonomous AUV recovery and with the USV autonomously tracking the AUV for a complete survey mission while being monitored from a remote shore station, were demonstrated to be a viable option for future offshore survey and inspection projects. 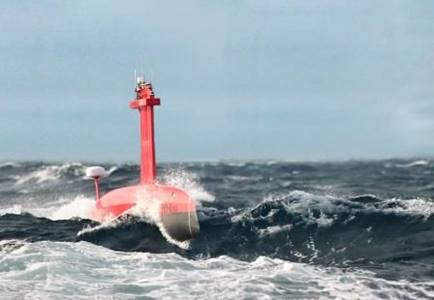