Following German Chancellor Scholz’s Africa tour, the African Energy Chamber (AEC), which identifies itself as a voice of the African energy sector, believes it to be a critical step towards achieving energy security.

Germany is looking at multiple ways to reduce its dependence on Russian gas and is working on several fronts to achieve that, including cooperation with African nations. The African Energy Chamber strongly advocates for German-Africa partnerships, recognising the role Germany will play in advancing energy security across the continent.

The reasons behind the organisation’s advocacy for an integrated approach to energy security, one in which every resource is used, is the estimate that Africa has over 620 trillion cubics of natural gas reserves, 125.3 billion barrels of oil reserves, 16.4 billion short tons of coal, and some of the best potential for renewable energy globally.

Yet, over 600 million people lack access to electricity and 900 million lack access to clean cooking solutions. This is largely attributed to the lack of adequate investment as well as energy transition trends calling for the end of fossil fuels, urgent action is required if any progress in making energy poverty history by 2030 is to be made, AEC noted.

Stepping into this picture, Germany’s newly elected Chancellor, Olaf Scholz, this week conducted a three-day Africa tour. With a mandate to explore new energy agreements as the European country looks at breaking ties with Russia, Chancellor Scholz is focused on forging new gas and hydrogen deals with emerging markets across the continent. The first destination in his three-country tour was Senegal, where the Chancellor met with President Macky Sall to discuss future gas deals and the possibility of an MSGBC-Europe gas pipeline.

Recognized as a “matter worth pursuing intensively” by Chancellor Scholz, the likely gas deal is driven by large-scale MSGBC developments including the 15 trillion cubic feet (tcf) Greater Tortue Ahmeyim project and 20 tcf Yakaar-Teranga development. AEC noted that MSGBC gas might just be the solution to meeting both Europe and Africa’s energy needs, a key feature of the visit.

On the second leg of the trip, Chancellor Scholz travelled to Niger where he also opened dialogue around energy partnerships. Germany already has a presence in the country with the German-based Emerging Energy Corporation signing an agreement with the government for the exploration and development of commercial green hydrogen. Now, new partnerships and deals are likely, with Germany playing a critical role in driving energy security and hydrogen development in Niger.

NJ Ayuk, Executive Chairman of the AEC, commented: “Germany represents the ideal partner for countries such as South Africa and Niger who are actively seeking the expansion and development of their hydrogen industries. Already there has been significant progress to drive hydrogen development on the back of German partnerships but more can and must be done.

“Africa needs innovative and integrated solutions if it is to make energy poverty history by 2030. By leveraging each and every natural resource at the continent’s disposal, Africa will have the chance to fully develop. It is important to have a balanced energy mix and that is what the Chamber has and will continue to advocate for.”

Despite holding significant natural gas and hydrogen potential, load-shedding has become a daily occurrence and is only expected to worsen unless proactive measures are taken to scale-up generation capacity. With a 4,000 MW power shortfall, AEC believes that South Africa represents the perfect example of why African countries need to utilise each and every energy resource in their reach.

NJ Ayuk said: “You cannot simply state ‘no more coal.’ In the same way Europe has turned to coal with the onset of gas supply disruptions, Africa should be utilising its significant coal deposits to drive energy security. South Africa needs coal, natural gas, nuclear power and hydrogen to drive industrialisation and socioeconomic growth. The country is being crippled by power deficiencies and if coal can help mitigate these challenges and lift millions out of energy poverty, then coal should be used.

“Chancellor Scholz’s trip to Africa marks a significant step towards improving African energy dialogue, driving investment and development in key sectors such as hydrogen and natural gas while forging new Africa-Europe energy partnerships. South Africa, Niger and Senegal must capitalise on this opportunity and make a strong case for European investment in 2022.” 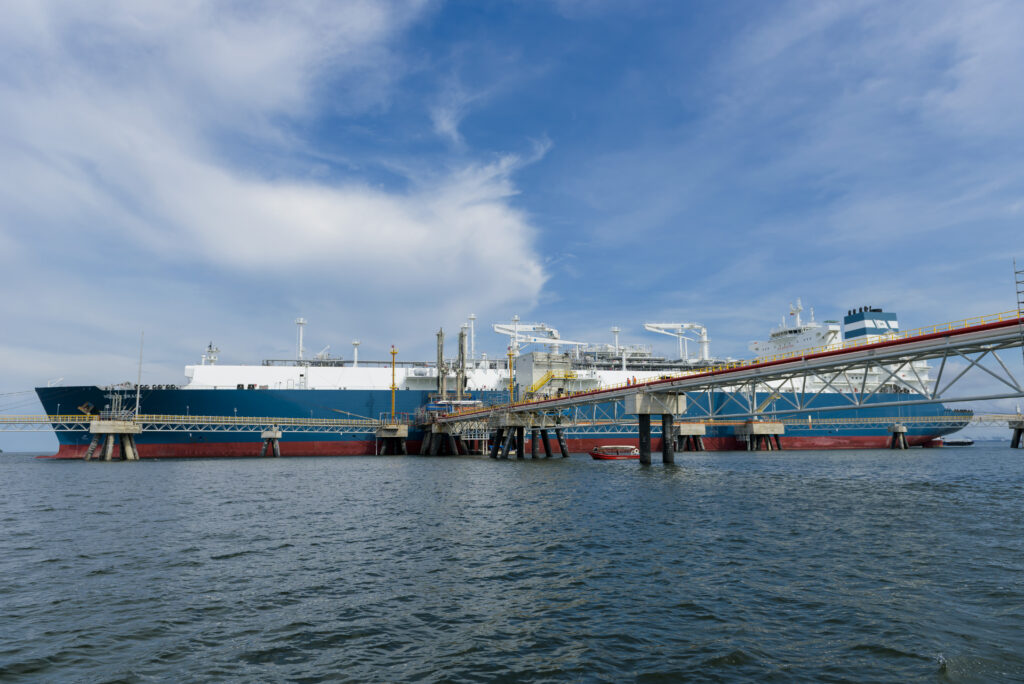