The terminal operator, Cuxport, handled a major order for the wind turbine manufacturer REpower Systems SE between the end of February and the middle of May – and completed it without making any errors at all.

Cuxport transhipped 22 tower segments, which were manufactured at AMBAU in Cuxhaven. The components are earmarked for 11 offshore towers at the Thornton Bank Phase III wind park in the North Sea.

Cuxport not only used its own crane equipment, but also a crawler crane in order to tranship the tower sections, each of which weighed 150 tonnes and was about 30 metres long. “As a result of our many years of experience in handling extremely heavy offshore components, we’re well acquainted with the special safety precautions and the correct handling procedures,” Peter Zint, Managing Director of Cuxport GmbH, explains.

Cuxport has been certified according to OHSAS 18001 (Occupational Health and Safety Assessment Series) since 2012 in order to increase the level of health and safety at the business site even further and prevent any accidents.

“The certification in line with OHSAS was also a condition set by the customer for taking on this project,” Peter Zint adds.

The tower segments transhipped by Cuxport were shipped on board a barge from Cuxhaven to their temporary storage site in Ostend. From there, the components will be moved to the Thornton Bank wind park out at sea during the final installation phase. The wind park is located about 28 kilometres off the Belgian coast between Ostend and Zeebrugge.

Two sections will be assembled out at sea to form one tower. The wind turbines in the park, for which Cuxport has already been involved in the past as REpower’s logistics partner, are designed to generate approx. 325 megawatts in all when they have been completed. That is enough to supply 600,000 people with electricity. 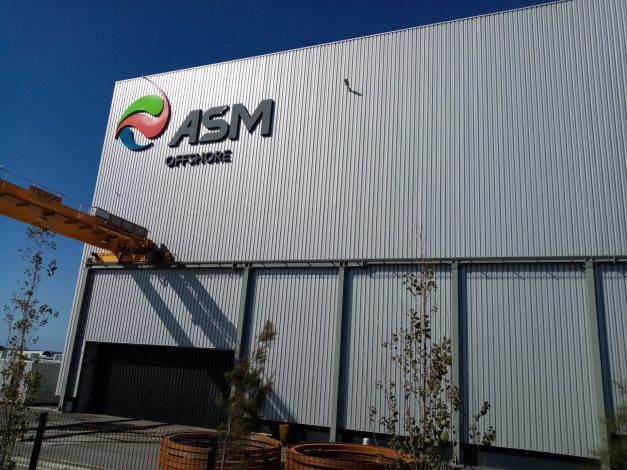