In past few days P+S WERFTEN has been involved in intensive discussions with the representatives of the German Federal State of Mecklenburg-Western Pomerania and the German Federal Government, and with its customers, suppliers, employees, the trade union IG Metall Küste and with banks to find a way towards an economic future for P+S WERFTEN.

Rüdiger Fuchs, CEO of P+S WERFTEN since 7 August 2012: “In recent days we have explored all options in our attempts to reach a solution. We have provided open and honest information about our problems and tried to prevent insolvency. Now it is clear that it is not possible to reach an out-of-court solution supported by all stakeholder groups.”

For this reason, the management of P+S WERFTEN GmbH has filed for insolvency today before the insolvency court of the local court of Stralsund. P+S WERFTEN is seeking debtor’s self-administration in a bid to keep the available know-how in the company and to continue to build as many ships on its order books as possible.

It is hoped that the sale of the Peene shipyard in Wolgast will occur within a structured investor process. Management has already informed the works council of the application for insolvency. Works meetings will be held at both shipyards today. P+S WERFTEN in Stralsund and Wolgast currently employs 1,771 people. There are also 116 trainees. 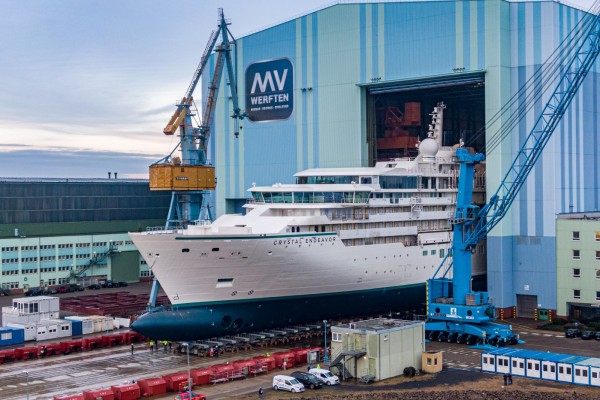