Back to overview
Home Shipbuilding GMS: Pakistani Scrapyards Ready to Reopen to Tankers

Pakistan’s shipbreaking yards seem to have reached an end of a near 18-month saga as they are ready to reopen their doors to tankers, according to a report from GMS, a cash buyer of ships for recycling.

The country’s provincial government signed off and consented to the lifting of restrictions on import of tankers imposed in February 2017, in the aftermath of two major incidents in Gadani shipbreaking yards.

GMS said that the final two signatures required for the Pakistani market to reopen for tankers were delivered last week. Other than the issuance of No Objection Certificates (NOC), expected early this week, “nearly everything is in place for wet units to start arriving to Gadani yards.”

Tankers will have to be totally gas free for hot works clean, with all cargo residues, slops and sludges completely cleaned from all cargo and slop tanks, similar to the Indian and Bangladeshi guidelines. Hot works certificates issued at the last port of call, rather than the more stringent local explosives inspector demands in Alang and Chittagong, may allegedly be locally accepted.

“What seems clear is that Pakistani levels will not immediately jump up to match cash buyer expectations and a fair degree of lowballing is likely to ensue as end buyers seek to acquire a bargain or two,” GMS said.

“It may be a case of waiting to see who blinks first, as most cash buyers will certainly not offload tonnage at some of the below market rates emanating from Pakistan and will likely hold out, bearing in mind the recent slowdown of fresh market offerings.”

Demolition of tankers and liquefied petroleum gas (LPG) carriers was banned at Pakistan’s Gadani shipbreaking yards following the incidents, caused by the absence of safety measures. These included an explosion on November 1, 2016, which killed at least 28 workers, and a fire on January 9, 2017, which took the lives of another 5 workers. 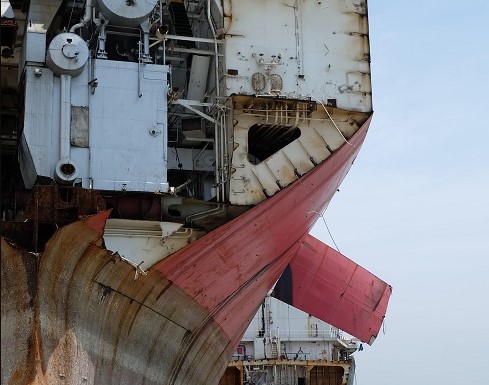