The Gulf of Mexico Research Initiative (GoMRI) announced that it plans to award up to $105 million to support research consortia investigating the effect, and the potential associated impact, of hydrocarbon releases on the environment and public health, as well as to develop improved spill mitigation, oil detection, characterization, and remediation technologies.

The funding under this program, known as RFP-IV, will support research in the Gulf of Mexico conducted by consortia of four or more institutions between 2015 and 2017.  It is anticipated that each team will be funded at levels between $1 million and $7.5 million per year.

“We have been talking with and listening to the research community, citizens of the gulf communities, as well as stakeholders in the Gulf region.  Although RFP-IV is similar to our RFP-I initiative, it includes important changes,” said Dr. Rita Colwell, chairman of the GoMRI Research Board.

“GoMRI continues to fund research in five thematic areas, but we have provided clarity to our public health theme,” said Colwell.  “We have been working diligently to identify information needed about oil spill effects and gaps in the research currently being conducted in the Gulf region.  This request for proposals reflects changes based on what has been learned.”

With the RFP-IV initiative, GoMRI will fund research consortia conducting integrated research in one or more of the following five thematic areas:

Research teams interested in applying for RFP-IV support must complete a pre-proposal by January 15, 2014 to be eligible to submit a full proposal by the June 2, 2014 deadline.

Information about RFP-IV, including all official application requirements and guidelines, is available on the GoMRI website . Requests for clarification from potential applicants to the RFP-IV program must be submitted via the GoMRI RFP-IV FAQs site: https://gulfresearchinitiative.org/faq-rfpIV.

The GoMRI is an independent scientific research program. The Research Board is the decision-making and oversight body regarding research supported by GoMRI and consists of twenty members. More than $175 million has already been awarded by GoMRI to support research.

“We look forward to receiving many competitive applications,” said Colwell. 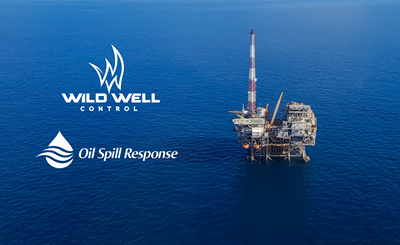