Greenferry I bunkers LNG at Brunsbüttel

Greenferry I is Elbferry’s liquefied natural gas-fueled vessel that started operating on the Brunsbüttel-Cuxhaven ferry route.

The vessel previously operated under the ownership of Fjord 1, a Norwegian transportation company.

It belongs to a series of ferries that was developed in Bergen by the naval architecture firm LMG Marin. Its sister ferries are used on the routes within Norway and are well suited for operation even in harsh climates.

The Greenferry I features two LNG tanks with 112.5 cubic meter capacity each. It also has the capacity to ferry up to 212 cars and 28 trucks and 600 passengers.

The truck-to-ship LNG bunkering operation was completed by the German company Liquind, in cooperation with GasCom Equipment. The operation was conducted in the Elbhaven of the Brunsbüttel Port.

In a brief social media post, Liquind head of sales and marketing, Jan Schubert noted that several LNG bunkering operations will be conducted each week on both ends of the route. This will ensure the ferry is operating only on liquefied natural gas. 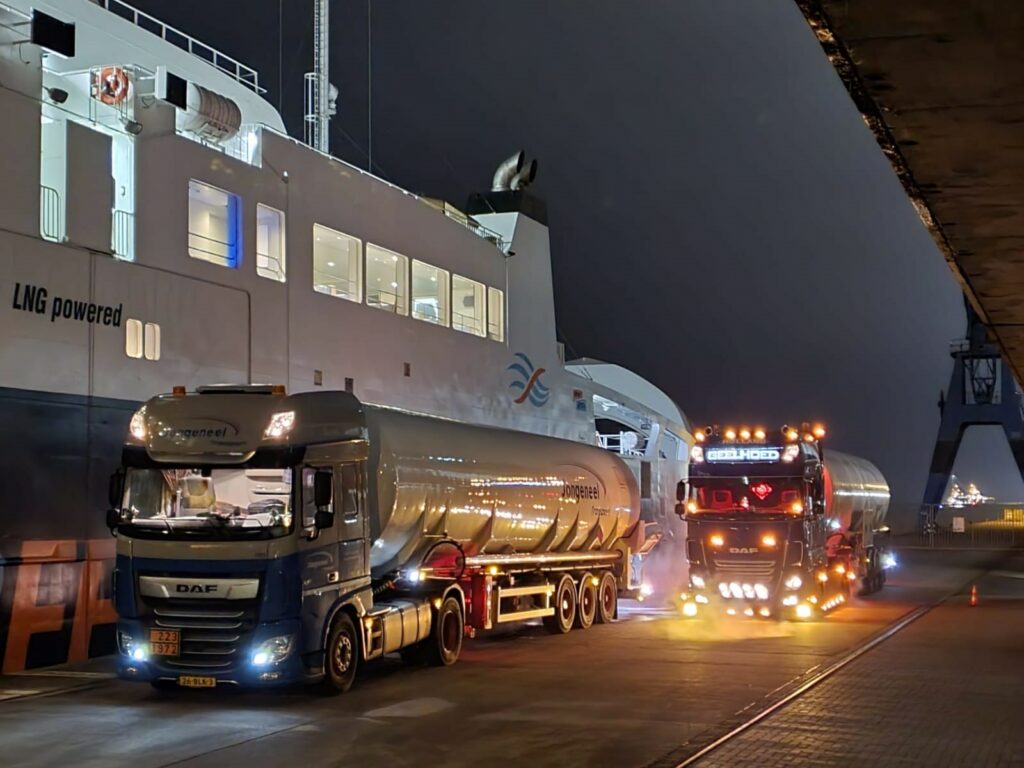