Offshore drilling contractor Borr Drilling believes that the growth in the shallow-water drilling is set to continue in 2020. The average length of a jack-up contract has increased, supported by strong tendering activity, where Borr sees a demand for more than 40 modern jack-up rigs in various tenders across the world.

The net loss in the fourth quarter includes $16.4 million accounting loss in equity method investments. This relates mainly to an unplanned geological event which led to a change in the drilling program for a well in Mexico. Based on contractual provisions, Borr expects to be compensated for the additional costs associated with this change.

The Chairman of the Board, Paal Kibsgaard, commented: “The trend of increasing utilization and higher jack-up dayrates seen in the first nine months of 2019, continued into the fourth quarter. In 2019, 420 rig years have been contracted in the jack-up market, beating the 2013 peak of 410 rig years.

“In spite of the volatility seen in the global oil and equity markets so far this year, the growth in shallow-water drilling is set to continue in 2020. This is driven by customers who have attractive shallow water acreage and are managing their resource base with a long-term view. Based on ongoing tendering activity and customer interactions, more than 40 additional rigs are required in 2020 to address the planned activity. This will likely consume most of the available modern jack-up capacity, setting the stage for further increases in utilization and dayrates as the year progresses.

“Our operational and financial results for the fourth quarter were solid but impacted by schedule gaps, one-off G&A expenses, and conservative cost recognition in connection with the integrated drilling contracts in Mexico.

“Looking at the full year of 2019, Borr doubled revenues compared to 2018, as we activated eight incremental rigs and we added $517 million of revenue backlog.”

Kibsgaard concluded: Therefore, going forward, we will only activate new rigs when dayrates and mobilization compensation meet our new requirements for cashflow and profitability.”

According to Borr, during the fourth quarter of 2019, the global jack-up drilling rig fleet utilization continued the upward trend seen in 2019. Global competitive jack-up rig utilization stood at 87% at the end of December 2019, an increase of two percentage points quarter-on-quarter and has increased further after quarter-end to 88% at the date of this report.

As a comparison, at the end of the first quarter of 2019, the utilization was 79%, which means an increase of nine percentage points in less than one year.

The utilization for the competitive modern jack-up fleet (rigs built after the year 2000) has increased by three percentage points from September 2019 to 91% at the date of this report. In addition to the markets in the North Sea, Middle East, and West Africa, where utilization is above 90%, the strong increase in activity observed in South-East Asia last quarter is continuing.

There are currently only 34 uncontracted modern jack-ups. The company estimates that only 14 modern units are warm stacked and are being actively marketed by international operators. Borr Drilling owns six of these units.

Two rigs were retired from the international jack-up drilling rig fleet during the fourth quarter, bringing the total number of retired rigs in 2019 to 15 rigs. Since year-end, a further four rigs have been, or are planned to be retired from the international jack-up drilling rig fleet. Since the start of the downturn, more than 100 rigs have been retired. There are currently 167 jack-up rigs older than 30 years, out of which 49 rigs are uncontracted, and the company maintains its view that a significant number of these will become commercially and technically uncompetitive in the next years.

According to Clarksons Platou, the current jack-up contracting pace has surpassed the previous 2013 record. Over the last 12 months, 420 rig years have been contracted in the jack-up segment, beating the 2013 peak of 410 years. In April 2018, the 12-month rolling pace troughed at 160 years. Now, less than two years later, this number has increased by more than 160%. The average length of a jack-up contract is now at approximately 500 days, up 77% from the 282 days during the trough and higher than the 2013 peak.

This is supported by strong tendering activity, where Borr currently sees a demand for more than 40 modern jack-up rigs in various tenders across the world. This includes 19 incremental rigs going into the Middle East, with UAE being a big driver with one NOC requiring up to 16 incremental modern rigs within the first half of 2021. Mexico is also expected to require another ten rigs on top of what has already been contracted, and Borr expects SouthEast Asia, driven by Thailand, Malaysia, and Vietnam to require seven incremental rigs.

Additionally, there is incremental demand in West-Africa, India, China, and other jurisdictions.

As a result of this and with a total of 381 rigs currently contracted, Borr expects the global jack-up rig count to significantly surpass 400 units in the next twelve months, which will push utilization to more than 95% for modern rigs.

With utilization above 90% for modern marketed rigs and availability of rigs at shipyards diminishing quickly, Borr expects further increases in utilization and dayrates as the year progresses.

The Adjusted EBITDA for the first quarter of 2020 is expected to show solid sequential improvement over the fourth quarter, mainly driven by the commencement of contracts for four additional rigs. 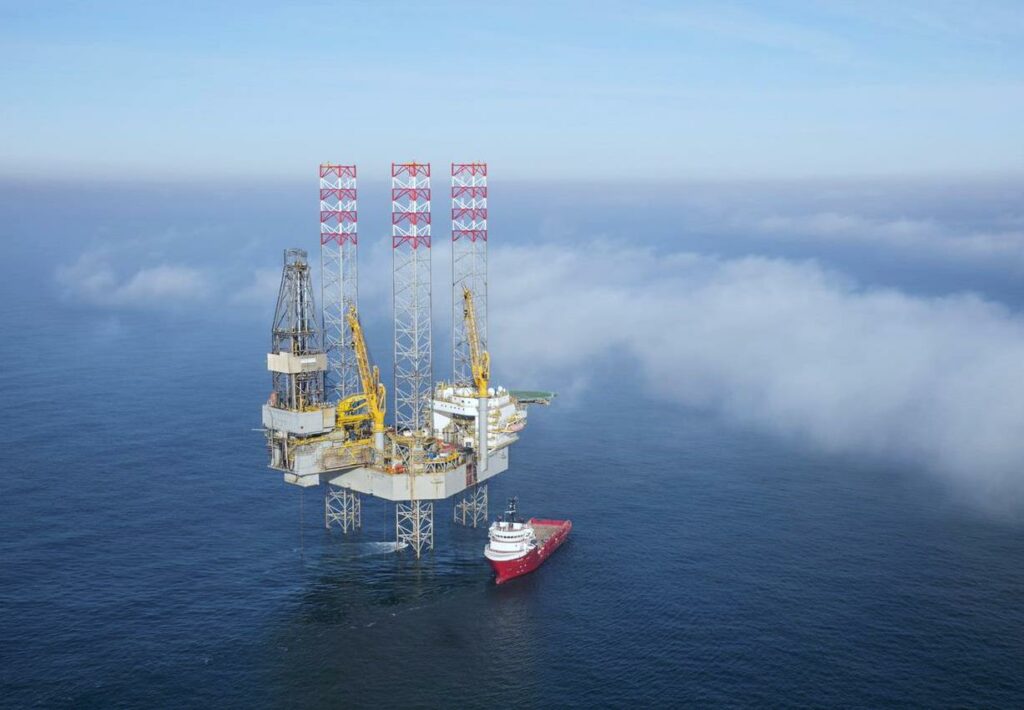