The recommendation by the European Commission to renew the Consortia Block Exemption Regulation (CBER) for a four-year period from April 2020 has been slammed by the Global Shippers’ Forum (GSF), the voice of businesses importing and exporting goods around the world.

“We are disappointed with the outcome of the commission’s review and disagree on several points with its reasoning. We shall be setting out our concerns and arguments in response, and campaigning for greater policing of shipping lines’ activities,” James Hookham, Secretary-General of GSF, commented.

The principal commercial activities that the CBER allows are vessel-sharing arrangements between shipping lines that allow a frequency and range of destinations to be offered to shippers by a ‘pooling’ of vessel capacity on a particular route.

According to GSF, the EU’s stated intention to renew the BER ignores the views of exporters and importers to and from the EU and their global suppliers and customers, who are concerned at continuing poor service levels in some trades served by consortia due to over-investment in capacity and seeming lack of competitive pressures.

“Shippers are well used to similar pooling arrangements in the aviation sector, which allows code-sharing arrangements to be established for the same aircraft. But these seem to be fully compatible with EU Competition law without the need for a Block Exemption. What is it about the global shipping lines that warrants this form of exceptional treatment under competition law?” Hookham continued.

“In our view the commission has missed the opportunity to ask the bigger questions about how the shipping sector got into its current situation of historically low shipping rates and over-capacity on many routes and whether the continuing exemptions from normal competition rules provided by the Block Exemption are the right remedy in the long term.”

Earlier this year, organizations representing the main maritime logistics industry stakeholders proposed the repeal of the EU CBER unless a revised regulatory framework clarifying the current regulation is adopted. CLECAT, ETA, EBA, EBU, ESO, IWT, ESC, FEPORT, UIRR and the GSF representing users of liner shipping services and service providers all agreed that market developments which occurred over the last five years justify an in-depth review of the regulatory framework as this has not been done since 2009. 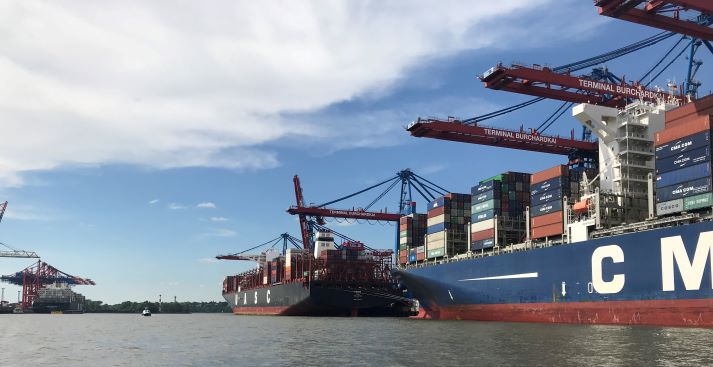