The U.S. Gulf of Mexico oil and gas companies have started resuming operations following shut-downs and evacuations caused by the Hurricane Michael this week.

The Bureau of Safety and Environmental Enforcement (BSEE) Hurricane Response Team said on Thursday it continued to monitor offshore oil and gas operators in the Gulf in the aftermath of their evacuations from platforms and rigs following the landfall of Hurricane Michael on the northeastern Gulf coast on Wednesday.

At one point this week 89 platforms had been evacuated with more than 40% percent of the Gulf oil production shut-in.

According to the Bureau of Safety and Environmental Enforcement’s update on Thursday afternoon, operators have returned workers on thirty production platforms, with 59 still remaining closed on Thursday.

Production, however, has yet to be reinstated. From operator reports, BSEE said on Thursday, it is estimated that approximately 40.0 percent of the current oil production in the Gulf of Mexico has been shut-in.

It is also estimated that approximately 29.1 percent of the natural gas production in the Gulf of Mexico has been shut-in. s follow a logical pattern.

“BP has begun redeploying offshore personnel to company-operated facilities in the deepwater Gulf of Mexico after determining conditions were safe to return. In conjunction with our midstream partners, BP’s four operated platforms now have teams offshore to begin restarting production procedures in a safe and efficient manner,” BP said on Thursday.

Anadarko, however, still kept its workers off its Horn Mountain, Marco Polo and Marlin platforms on Thursday:

It said: “We continue to carefully monitor the projected path of Tropical Storm Michael, and our operated Horn Mountain, Marco Polo and Marlin platforms in the eastern Gulf of Mexico remain shut in to protect the environment… We plan to return personnel as soon as it is safe to do so.”

“With the hurricane now on land and no longer a threat, facilities in the Gulf will be inspected. Once all standard checks have been completed, production from undamaged facilities will be brought back online immediately,” BSEE said on Thursday. 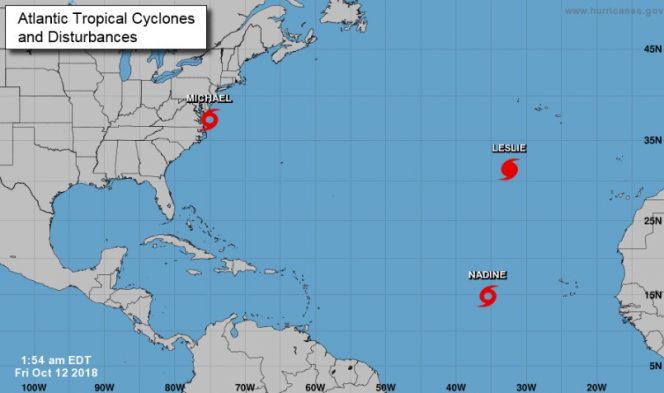