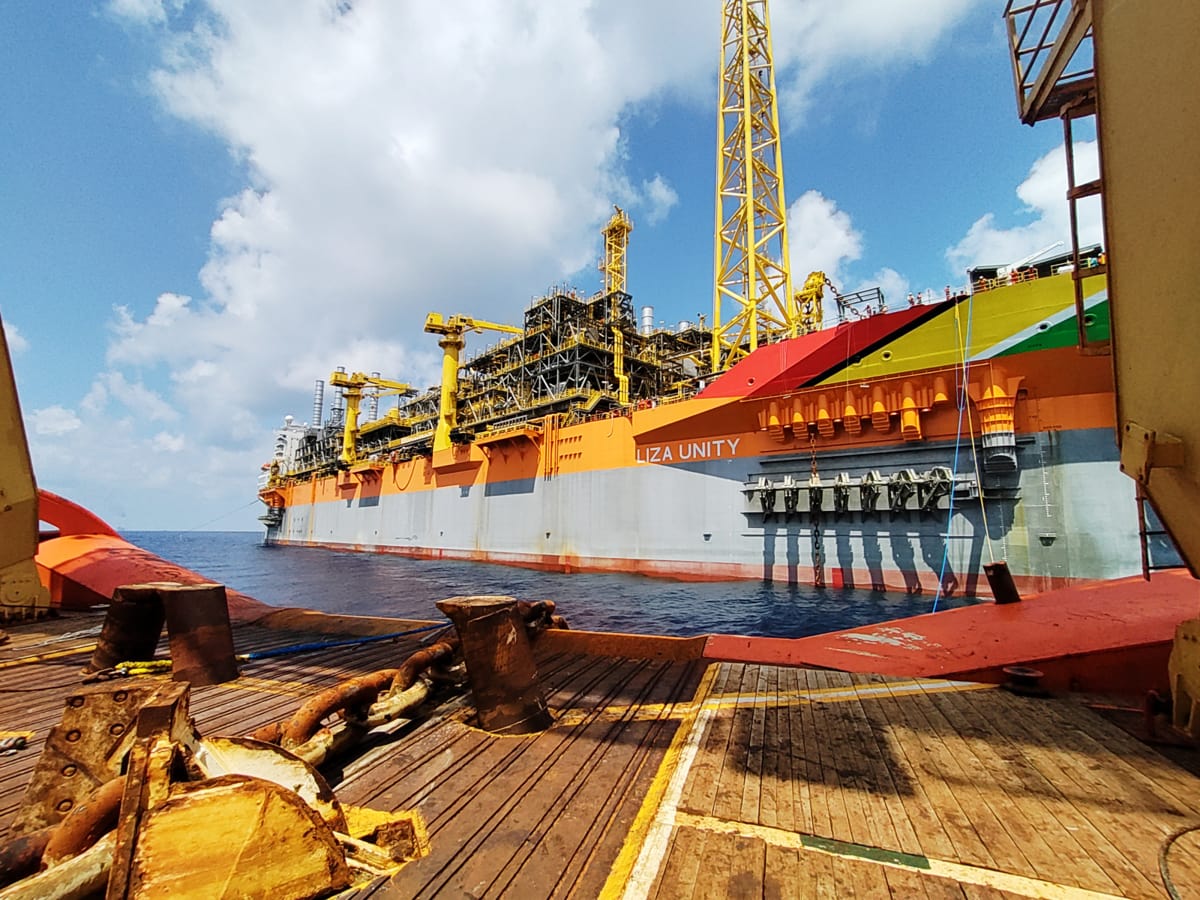 The Government of Guyana expected to receive its first entitlement lift of the Unity Gold crude from ExxonMobil’s Liza Unity FPSO over the weekend following the sale of its first share of crude oil from the country’s second offshore oil development.

The Guyana Ministry of Natural Resources said on Saturday that the usual lifting entitlement amount of one million barrels of oil (1MMBBls) would be loaded onto the vessel MV Dimitrios by the terminal operator.

Namely, the first cargo of Guyana’s lifting entitlement was sold to ExxonMobil Sales and Supply following a competitive bidding process by five companies, inclusive of the covertures of the Stabroek Block. The ExxonMobil affiliate bid was the best on the pricing differential for the crude and this lift will incur no marketing fee by the lifter, the government explained.

The forecasted price for this first lift of the Unity Gold crude for Guyana is $106 per barrel.

According to the ministry, this lift is a one-off arrangement for the company. The government also emphasised it would be working to ensure that Guyana receives the best price for each cargo from both the Liza and Unity Gold crudes.

As a reminder, following the arrival of the FPSO Liza Unity in Guyana in October 2021, ExxonMobil started the first production from the second phase of its Liza project located on the Stabroek Block in February 2022.

As reported by Reuters on Sunday, the Unity Gold crude cargo would be the fourth to be exported from the Liza Unity FPSO.

The production is expected to reach its target of 220,000 barrels of oil later this year, as operations continue to be brought online. The start-up at Liza Unity is adding to the more than 120,000 barrels per day of capacity at the Liza Destiny FPSO, which began production in December 2019 as part of the Liza Phase 1 development. The Stabroek Block’s recoverable resource base is currently estimated at more than 10 billion oil-equivalent barrels.

ExxonMobil expects that four FPSOs with a capacity of more than 800,000 barrels per day will be in operation on the Stabroek Block by year-end 2025.

About 20 days ago, the oil major sanctioned Yellowtail, its fourth and largest to date oil development on its operated Stabroek Block, which will be developed with the largest FPSO vessel on the block so far. The project is expected to produce approximately 250,000 gross barrels of oil per day starting in 2025, using the ONE GUYANA FPSO.