UK oil and gas company Harbour Energy has filed its environmental statement with the UK authorities for the development of the Talbot field located in the North Sea.

An application for consent was submitted by Harbour Energy to the North Sea Transition Authority (NSTA) for the Talbot field development project on 27 May 2022. This was accompanied by a copy of the Environmental Statement (ES) for the field development.

The Talbot development project is a discovered light-oil and associated gas resource opportunity. The primary nature of this project will be for a multi-well subsea tie-back of the Talbot field to the Judy platform and the subsequent export of produced hydrocarbons to Teesside, UK.

The Talbot subsea manifold will be tied back to the existing Judy infrastructure via a subsea multiphase pipe-in-pipe production flowline and umbilical with an approximate length of 16 km. The umbilical will provide power, communications, hydraulic supply, methanol and other chemicals from the Judy platform to the Talbot subsea facilities.

At Judy, Talbot produced fluids will be separated into gas and liquids streams and commingled with other J-Block area fields’ (Jade, Jasmine, Joanne and Judy) production.

Talbot gas will be transported as part of a commingled stream from the Judy platform, via the 20” gas export line PL977, to the CATS pipeline system and thereon to Teesside, UK for processing. Talbot liquids will be sent, via the 24” oil export line PL978, to the Norpipe liquids pipeline and thereon to the Norsea terminal at Teesside for processing.

According to Harbour’s plans, development drilling will be conducted from 4Q 2022 or potentially in 3Q and subsea infrastructure and pipelines will be laid in 2023/2024. The first oil from the project is expected in 3Q 2024.

Earlier this year, Harbour Energy started production from its delayed project in the UK sector of the North Sea, the Tolmount gas field, which is expected to increase domestic output by over 5 per cent once it reaches plateau levels.

Discovered in 2011 and sanctioned in 2018, the Tolmount gas field is located in Block 42/28d, in the UK southern North Sea. The Greater Tolmount Area also includes the Tolmount East discovery. The field is operated by Harbour Energy with a 50 per cent stake. 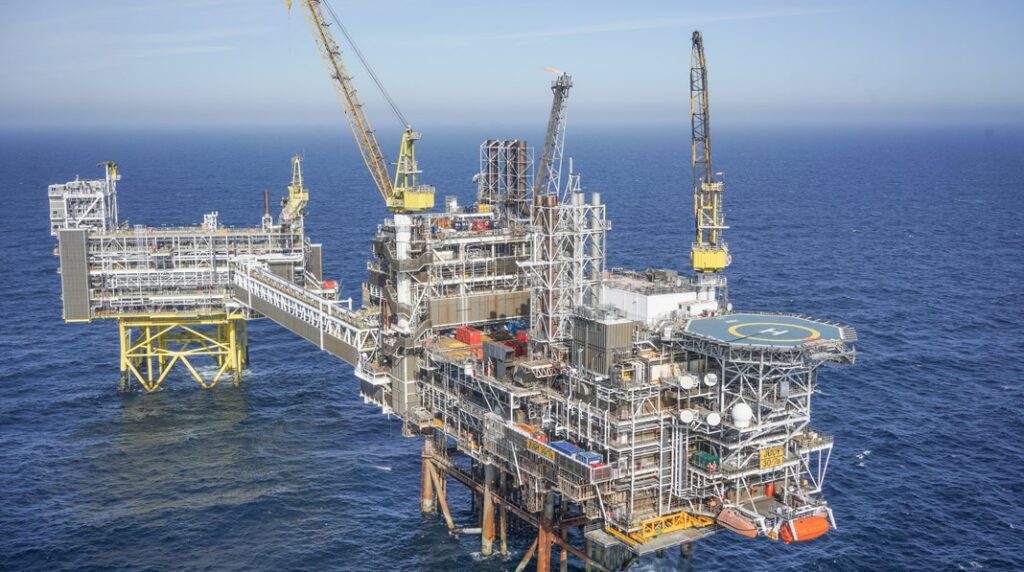