Dutch contractor Heerema Marine Contractors has completed another decommissioning activity related to an offshore platform, which was removed from the waters off the UK after 45 years, using the world’s largest crane vessel, Sleipnir.

After the contract for the removal and disposal of the Dunlin Alpha topside was announced in September 2018, it was awarded to Heerema and AF Gruppen three months later. In May of the following year, Fairfield’s decommissioning plan for the platform topsides was approved by the UK authorities.

Back in April 2022, Heerema set the wheels into motion to decommission the Dunlin Alpha platform on behalf of Fairfield Energy. At the time, Heerema’s Thialf vessel started working on hook-down and removal activities, alongside AF Offshore Decom, to prepare for the Sleipnir vessel to remove the module support frame with a single lift. At the start of June, the Sleipnir vessel arrived at the Dunlin platform, which was installed in 1977.

In an update on Monday, Fairfield Energy announced the removal of the topsides from Dunlin Alpha, describing the operation as “the latest milestone in the decommissioning of the four fields which make up the Greater Dunlin Area.”

Alan Scott, General Manager for the Greater Dunlin Area Decommissioning Project, remarked: “This is a poignant milestone for an installation which has been a central part of UK North Sea production since the industry’s earlier days. Notably, in 1978 it was the first field to produce into the Sullom Voe Terminal on Shetland, paving the way for the many which came after.”

The company revealed that Heerema’s SSCV Sleipnir transferred the remaining modules to its deck before removing the main 11,750 Tonne Module Support Frame (MSF) in a single lift. Afterwards, the vessel returned to AF Offshore Decom’s Environmental Base at Vats where more than 95 per cent of the Dunlin topsides will be recycled.

“The Greater Dunlin Area itself has made its mark but it’s important not to forget the thousands of people who have visited or called the platform their working home. Dunlin has always been blessed with a strong team spirit and this is another core part of its legacy, having influenced the careers of many across the industry. I’d like to thank everyone who has been involved with Dunlin over the years, helping the asset overcome any challenges and achieve its many successes,” added Scott.

Located approximately 137 km northeast of Shetland and in a water depth of 151 m, the Dunlin Alpha installation produced its first oil in 1978. Fairfield Energy explained that in the 37 years that followed, more than 522 million barrels of oil were recovered from the Greater Dunlin Area, comprising the Dunlin, Dunlin S/W, Osprey and Merlin fields. The oil production from Dunlin Alpha was exported via pipeline to the Cormorant A platform, and from there by pipeline to the Sullom Voe oil terminal in the Shetland Islands.

The company acquired these assets in 2008 and took over full operatorship in 2014, maximising production during its late-life stage and then progressing its subsequent decommissioning programmes. After reaching an agreement with the UK authorities in 2015 that the fields had reached Maximum Economic Recovery (MER), Fairfield was able to begin the multi-asset, multi-year decommissioning of the Greater Dunlin Area, executing a series of scopes which, at their peak, employed 600 personnel from over 26 drilling, subsea and topside operations companies.

Gary Farquhar, Platform & Infrastructure Decommissioning Manager, commented: “Project execution has involved the P&A of 12 Osprey and 4 Merlin subsea wells; the decommissioning of the extensive subsea infrastructure associated with those satellite fields; the decommissioning of subsea power import, gas import and oil export infrastructure; the P&A of 45 platform wells; and the engineering down of the Dunlin Alpha topsides. We are very pleased to have now added topsides removal to the list of activities that have been safely and efficiently executed.”

The Greater Dunlin Area is located in UK Continental Shelf Block 211/23a, approximately 137 km northeast of Shetland and 11 km from the UK/Norwegian median line. 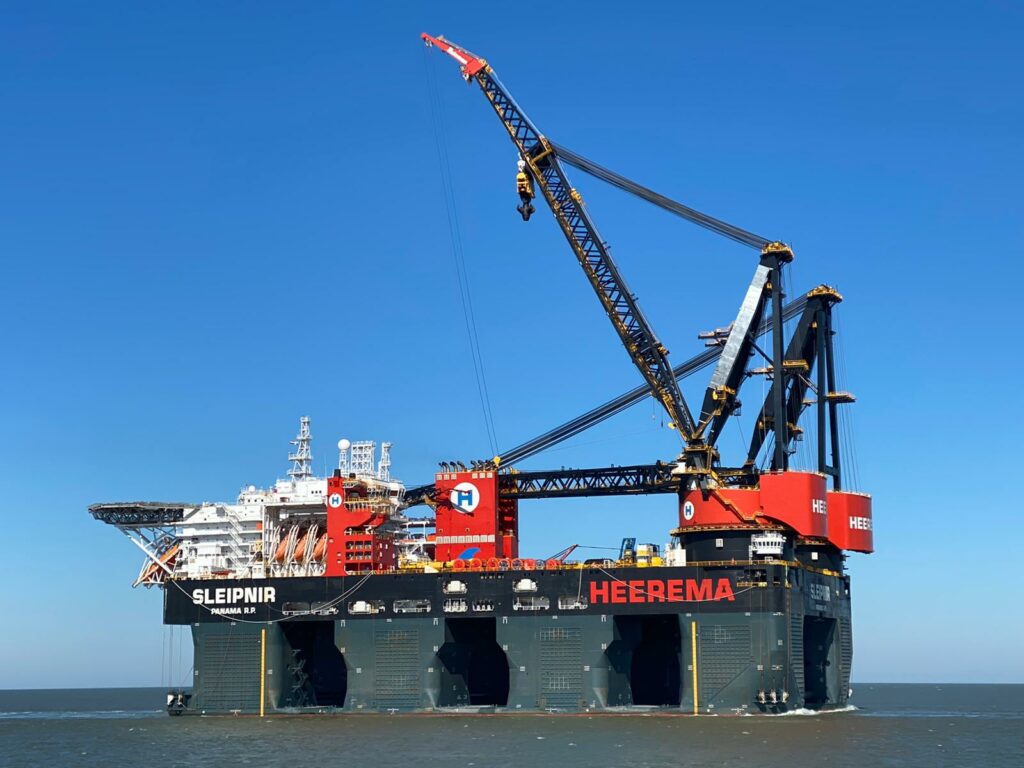