Heerema’s Slepnir in record LNG bunkering at Port of Rotterdam

Four Dutch companies partnered up in what Heerema claims to be the largest LNG bunkering operation ever completed.

The Sleipnir arrived at the Port of Rotterdam on Sunday, March 22, for the first time following a successful global campaign.

Commenting on the bunkering operation, Niels den Nijs, CEO of Titan LNG, said, “Building on our 5 previous deliveries around the globe, we formulated and safely executed our plan of operation.”

He added that the company’s bunker barge, the FlexFueler 001, also received a cargo from the Coral Fraseri LNG carrier.

Heerema pointed out in its statement that all companies involved followed the strict government guidelines to protect their workforces during the ongoing COVID-19 outbreak. 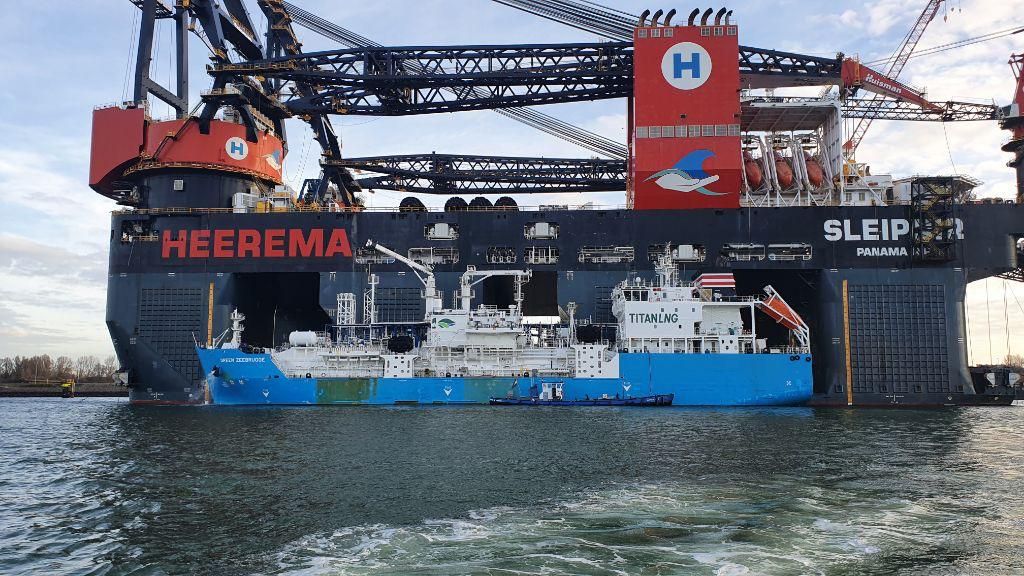