Photo: Thialf and Sleipnir on Shore Power at the Calandkanaal; Source: Heerema

Dutch offshore contractor Heerema Marine Contractors has connected its two giant heavy-lift vessels to, what the company says, is the largest shore power installation of Europe, located in Rotterdam.

Heerema Marine Contractors revealed on Thursday that its largest crane vessels, Sleipnir and Thialf, have officially switched from using their engines to using shore power.

As explained by the company, the successful commissioning of the Shore Power project is the result of a partnership between Eneco, the Port of Rotterdam Authority, and Heerema with the support of the Gemeente Rotterdam. The project initiative, which started in 2017, was driven by a global demand to reduce the impact on the planet with the partners involved all dedicated to supporting the energy transition.

Shore power enables vessels to switch off their engines and plug into the electrical grid for their energy supply. The connection built by Heerema, Eneco, and the Port of Rotterdam will supply Sleipnir and Thialf with sustainable energy that will originate from wind turbines located on the headland nearby or from another renewable source should it be required.

Koos-Jan van Brouwershaven, Heerema’s CEO, said: “Heerema is committed to sustainability and we demonstrated this dedication by becoming Carbon Neutral in 2020. Each year from now to 2026 we have outlined our targeted emission reductions, and by plugging-in shore power, we reduce our overall impact by 5 per cent, equivalent to 5,000 diesel cars, which fulfils our first year’s target! We are looking forward to introducing more sustainability measures to continue this journey.”

The Shore Power connection has a 20 MW capacity, which is the energy equivalent of around 15,000 homes. As the vessels turn off their engines when connected to shore power, virtually all emissions and particulate matter is prevented because no more marine gas oil or LNG in Sleipnir’s case will be used.

This also contributes to emissions reduction as turning off the engines on these vessels when moored in the Port of Rotterdam for repair and maintenance saves 15,000 metric tons of CO2, 20 metric tons of particulate matter, 5 metric tons of sulfur, and a significant amount of nitrogen. This is comparable to the annual emissions of 5,000 diesel cars, according to Heerema.

The Port of Rotterdam has almost 30,000 ships visiting it every year, many of which run on diesel engines. By using shore power, vessels can switch off their diesel generators, saving up to 25,000 litres of diesel per day per ship, improving air quality and reducing noise significantly.

Arno Bonte, Vice Mayor for Sustainability, Clean Air and Energy Transition of the City of Rotterdam, stated: “I am very proud, that after providing inland vessels with shore power, now both offshore vessels of Heerema are successfully plugged in at the largest shore power installation of Europe, here in Rotterdam. It means a major step towards a cleaner and future-proof port of Rotterdam.”

The installation at Heerema’s mooring location at the Calandkanaal was supported by the municipality of Rotterdam using the Energy Transition Budget.

Dutch green energy supplier Skoon Energy has installed a battery system there on behalf of the Port of Rotterdam Authority to strengthen the local shore-based power supply for inland shipping.

Speaking of green shore power, Denmark’s offshore drilling contractor Maersk Drilling and the country’s Port Esbjerg last January announced that rigs could connect to green shore-to-ship power, enabling them to shun fossil-fuel power altogether when docked. The plant, which is the first of its kind in Denmark, has a capacity of 1,300 Amp/1.5 MW and can supply green power to up to three drilling rigs. 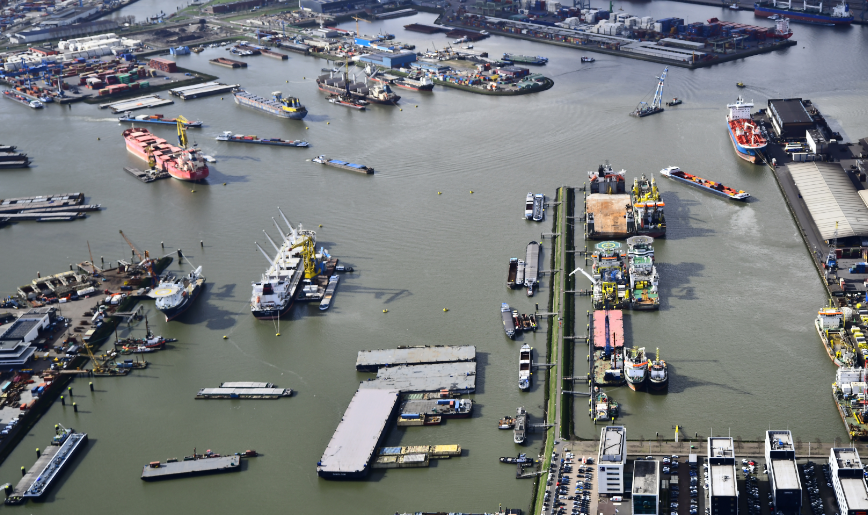 Boskalis vessels to switch to shore power in the Port of Rotterdam
Posted: 7 days ago
Heerema CEO heading out after almost 10 years with company
Posted: about 1 month ago
Heerema setting the scene for removal of platform from UK waters after 45 years
Posted: 2 months ago