Dutch green energy supplier Skoon Energy has installed a battery system there on behalf of the Port of Rotterdam Authority to strengthen the local shore-based power supply for inland shipping.

In the centre of Rotterdam, there is a ban on generators for inland navigation that is lying idle. The inland shipping sector can make use of shore-based power there.

However, some ships need more power than the facilities can provide. The battery supports the shore-based power boxes on the quay by making more power available for the moored ships.

The trial will last until 31 March 2022 and should show whether the battery system in combination with the local shore-based power box can meet that demand.

Since 2010, shore-based power boxes for inland shipping have been installed at about 60 locations in the centre of Rotterdam. These boxes can supply shore-based power to four to six inland vessels up to a maximum of 40 Ampere.

These days, some larger inland vessels (in CEMT class V and above) require more power. To meet this demand without having to take drastic measures, the port authority has opted for this flexible solution.

By placing the battery between the existing shore-based power box and the inland vessel, the battery will supply the extra required power up to a maximum of 63A when an inland vessel requires more than 40A.

In such a case, without the battery in between, the fuse would blow and the inland vessel would be without power. In addition, in the old situation, other inland vessels can no longer use this shore-based power connection until things have been repaired.

Linking the battery system prevents this situation and also makes it possible to provide larger ships with shore-based power.

Shore-based power is said to be an important part of the energy transition. Ships moored at the quay often run on generators for the energy required on board.

This involves emissions of, among other things, particulate matter, nitrogen and CO2. Shore-based power offers the opportunity to reduce these emissions by providing ships with a clean energy source.

The container will be used to deliver renewable power at Damen yards for applications where diesel generators or ships’ engines are primarily used at present. 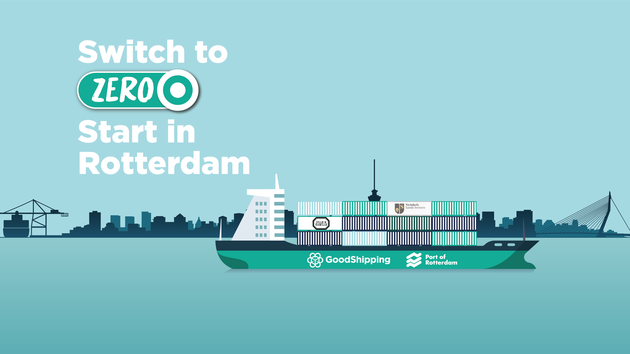 Port of Rotterdam ups the green transition tempo with new initiative
Posted: 4 days ago
Damen teams up with MC Energy on shore power solutions
Posted: about 1 month ago
Port of Hueneme nets $10.4 million for shore power project
Posted: 2 days ago