The acquisition of the 50.01 per cent stake was completed on 7 January 2021 and follows the approval by the Italian Council of Ministers and the fulfillment of additional formal closing conditions.

The handling facility will operate as HHLA PLT Italy and is expected to start extended operations in February.

“We’re delighted that the purchase of the majority stake has now been completed. At the contract signing in Trieste on September 28 last year, our commitment at the Adriatic port was met with great approval, especially from Italy,” Angela Titzrath, Chairwoman of HHLA’s Executive Board, commented.

“Since then, a team from HHLA International has been working intensively on integrating the Trieste terminal facility into the HHLA Group…we want to expand HHLA PLT Italy to become an important southern hub within our port and intermodal network.”

“We are very glad to now have HHLA on board. This provides PLT and the Port of Trieste with a very exciting perspective of growth,” Francesco Parisi, CEO of the Francesco Parisi Group, a co-shareholder of HHLA PLT Italy, said.

The HHLA PLT Italy terminal facilities are within the Free Port of Trieste and take up a total area of 27 hectares. In the northern section of the facility, mainly general cargo transports are being handled and logistic services provided.

The new heart of the terminal is emerging in the southern section — container and RoRo traffic will be handled in the newly developed area. A 35-metre-wide ramp is available for RoRo handling and will process the newest generation of RoRo ships deployed in the Mediterranean.

Container throughput will be carried out on the quayside with mobile harbour cranes, and in the storage area with reach stackers. The first mobile harbour crane has already been installed. An identical crane will be delivered in the first quarter of 2021. Four additional eco-efficient reach stackers were ordered for container handling to supplement the existing equipment. They are also expected to be delivered in the first quarter. 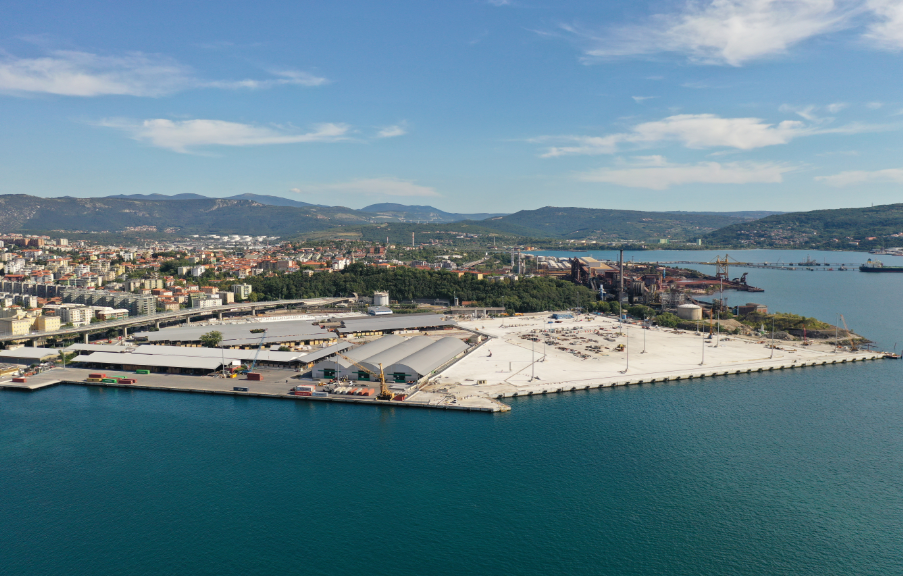