Namely, HMM is scheduled to start taking delivery of its twelve 24,000 TEU boxship newbuilds, the largest containerships in the world, in April, a company spokesperson confirmed to World Maritime News, hinting that the delivery schedule may be subject to change.

The ships are undergoing final touches at the Korean shipyards Samsung Heavy Industries and Daewoo Shipbuilding & Marine Engineering (DSME) and are scheduled to be deployed in the Far East-North Europe trade.

The sequential delivery of the new containerships coincides with the company’s entry into a new containership alliance – THE Alliance; comprising Hapag-Lloyd, Ocean Network Express, and Yang Ming.

According to HMM’s spokesperson, the vessel’s deployment plan for the year 2020 is still being finalized among THE Alliance members and will be unveiled once completed.

It is believed that the deployment of the giant ships will take place from Busan Newport International Terminal, the Port of Busan, which is the largest port in South Korea.

The company is expected to add around 34 ships to THE Alliance’s network in 2020, according to Alphaliner’s estimates, adding up to 519,000 TEU to the network.

The switch to a new alliance comes as Hyundai Merchant Marine exits the three-year cooperation deal it had with the 2M carriers, Maersk Line and MSC since March 2017.

Apart from the newbuildings that the South Korean major would receive in 2020, another eight 15,000 TEU newbuildings are set to join the company’s fleet in 2021. The latter are expected to be deployed on the Asia – US East Coast route from the second quarter of 2021.

Furthermore HMM’s fleet will be strengthened in April 2020 by redeliveries of nine 10,000 – 13,000 TEU ships currently (sub-)chartered out to Maersk and MSC.

Business performance and plans ahead

Over the past year, HMM was investing strenuous efforts to cut its loss by turning to cost-cutting efforts and business transformation aided by improved freight rates.

“We also have prepared a new leap forward through efforts to improve our profit structure, including the establishment of the SWAT (Strategic Work Activity TF), Logistics Service Strategy TF, and hiring of overseas sales specialists for back-haul business.”

“This year appears to be another year of considerable uncertainty. Geopolitical instability and an oversupplied market situation have intensified and are expected to persist, which might contribute to obstructing a positive outlook.

“From the US-China trade dispute to Brexit, uncertainties in the global trade environment have directly affected the world trade volume. The growth rate of shipping capacity is expected to increase as well.

“It is unpredictable whether the business environment approaching us will be a tailwind or headwind, nor can we control it as we wish, but let us all make a fresh resolution to reach our desired “destination.”

The company has defined its goals for the future and it aims to reach 1 million TEUs in capacity, over USD 10 billion in annual revenue by 2022.

“This goal will be realized by accomplishing our vision of ‘No.1 in customer satisfaction, No.1 in productivity, and No.1 in employee satisfaction’. (…)

“In particular, with the delivery of the mega container ships and new cooperation with THE Alliance, the year 2020 will be a turning point for HMM to set a new milestone.” 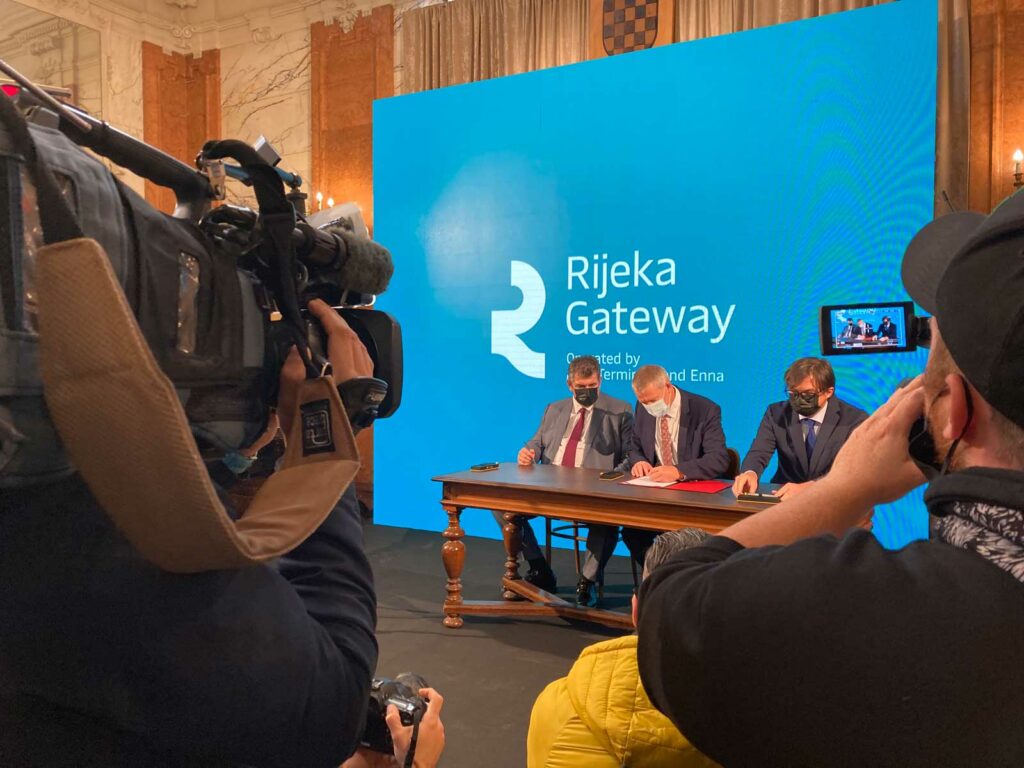