A Royal Navy minehunter has been working alongside NATO forces in the Mediterranean to practise hunting and destroying mines as part of an international task force.

HMS Blyth exercised her skills as part of Standing NATO Mine Counter Measures Group 2 (SNMCMG2) which is made up of ships from the UK, Italy, Spain, France and Turkey.

Called Italian Mine Exercise 14 the ships were given a scenario in which a fictional state has been plunged into a humanitarian crisis after a terrorist group began to undermine internal stability.

With most of the state under control of the terrorists, and still in scenario, the UN issued a mandate for minimum force to be used to set up a humanitarian aid corridor to ease the suffering of the people.

Cue the SNMCMG2 task force to help clear the way for international ships carrying aid to reach the state.

SNMCMG2 is a group of eight minehunter vessels, a command and support tanker, an underwater research vessel, a team of unmanned underwater vehicle operators and their equipment which are all supported by a shore-based Task Force Commander and his battle staff.

HMS Blyth’s Commanding Officer Lieutenant Commander Mark Redmayne said: “The imperative for partnership working and coherence with our NATO and European partners has never been more important and relevant.

“This current deployment for my ship serves to demonstrate the UK’s commitment to NATO which fundamentally underpins the defence of the UK and our allies.

“Participation in an exercise like this is hugely rewarding at the tactical level for my entire ship’s company and we have completely embraced this unique opportunity to work alongside both NATO and European partners.

“The facts speak for themselves, over 17 units from 15 nations took part – over 700 sailors have benefited from a well planned and well executed exercise which has also profited from a number of international observers from as far afield as the Middle East.”

For the exercise the ships sailed to La Spezia harbour before being assigned their tasking areas where they each began hunting drill mines laid by the Italian navy to establish the corridor for humanitarian aid to begin arriving to the fictional state.

Over two weeks each ship had an opportunity to use a state-of-the-art degaussing range which tests their abilities to protect themselves from mines activated by a ship’s magnetic signature.

A live firing range was also available which gave HMS Blyth the chance to use her Seafox Mine Disposal System (MDS) – an underwater robot – to hunt and destroy mines.

The exercise gave Task Group Commanders the chance to practise the type of mutual support required for any international operation, for example during the live mine-clearance operations off the coast of Libya two years ago.

Manoeuvring within a mine field, providing force protection, resupplying fuel and provisions, towing and transferring personnel to assist with fire fighting, damage control and casualty handling were all practised throughout the exercise.

Live asymmetric threat exercises – where the ships had to deal with attacks from both sea and air – were also held to test the ships’ abilities to the max.

Using assets from the Italian navy and Air Force, the minehunter crews had to be vigilant 24 hours a day while on the hunt for low-flying jets and helicopters as well as fast patrol boats – all of which represented the fictional terrorist force.

By the end of the exercise a total of 50 drill and decoy mines had been recovered by the Task Force whilst deterring up to five asymmetric attacks a day.

HMS Blyth spent 140 hours on task, launched Seafox 24 times including one live detonation and cleared 100% of her. 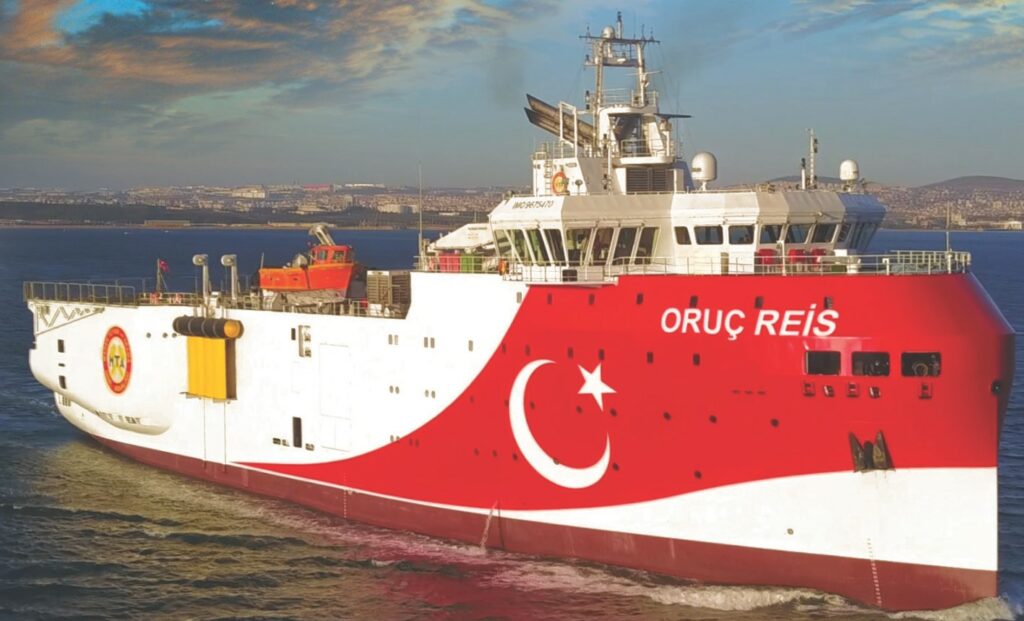