The naming ceremony for HN2220 was held at Samsung Heavy Industries (SHI) shipyard in South Korea on June 26, 2019.

On the occasion, Höegh LNG welcomed Kylie Hargreaves as a sponsor. Hargreaves is Head of Government and Stakeholder Relations for Australian Industrial Energy (AIE) and works with the Port Kembla LNG import project in Australia where Höegh LNG has been selected as the FSRU provider. Under the exclusivity agreement reached last year, AIE has the right to lease one of Höegh LNG’s 300-meter-long 170,000 cbm FSRUs.

As informed, the 170,000 dwt FSRU LNG newbuild is scheduled for delivery in August this year. The Marshall Islands-flagged Höegh Galleon features a length of 297.5 meters and a width of 43.4 meters.

In 2018, Höegh LNG took delivery of two FSRU newbuilds, Höegh Esperanza and Höegh Gannet. Combined with the nine FSRUs already in operation and following the delivery of the company’s tenth FSRU, Höegh LNG will have a fleet of 10 FSRUs as well as two LNG carriers. 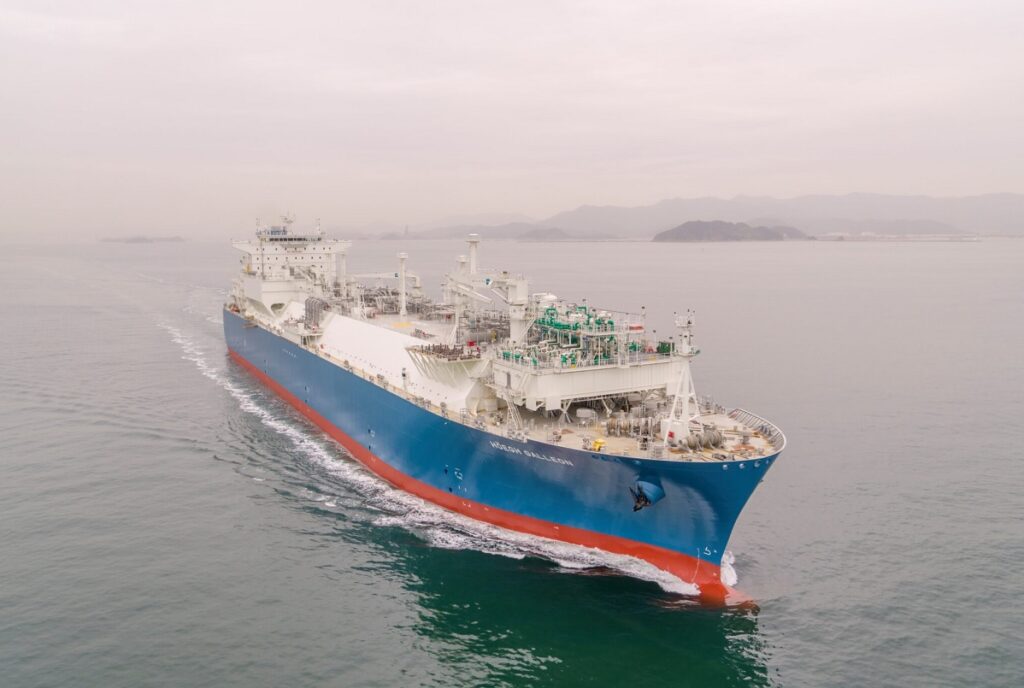