Oslo-Based Höegh LNG returned to profit following a US33 million net loss in the fourth quarter 2015 by reporting a $6.3 million net profit after tax for the first quarter of 2016.

The company’s EBITDA reached $26.6 million for the first quarter of 2016, up from $24.6 million in the previous quarter, Höegh LNG’s report issued on Friday reveals.

The improvement mainly reflects non-recurring events which adversely affected results in the fourth quarter of 2015, when the liquefied natural gas carrier LNG Libra was re-delivered from its previous charterer and Arctic Princess was in dry dock.

All five FSRUs in Höegh LNG’s fleet operated in accordance with contract and without incidents during the quarter, the company said.

Höegh Grace was delivered from the yard on 31 March 2016, and immediately commenced operations under an intermediate LNG carrier charter. The intermediate employment lasts until start-up of the FSRU contract in Colombia.

Additionally, the company said it is continuing to “pursue three FSRU projects with expected start-up dates which match the delivery of the seventh FSRU in March 2017.”

Since a new FSRU order would not have delivery before late 2018, the Group is considering alternatives enabling it to secure more than one project with an early start-up date. Höegh LNG believes that a newbuilt FSRU offers the best project economics to the customer, however, to meet early start-up dates the Group is considering conversions of newbuilt DFDE LNGCs, which would include firm plans for ordering long lead items.

Höegh LNG added that the large increase in LNG liquefaction capacity has strengthened the FSRU market fundamentals, while the LNG carrier market remains oversupplied and is expected to remain weak for the next two to three years.

The company said it is on track to achieve its FSRU growth plan of having 12 FSRUs in operations or under construction by 2019. 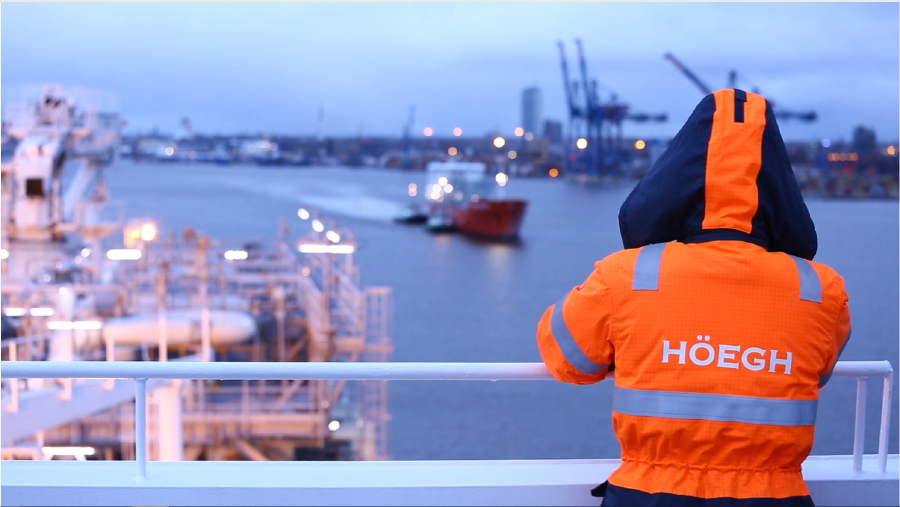