Photo: Source: Flickr – under the CC BY 2.0 license; Image by: Kees Torn

Unveiled in 2016, the cooperation is built on a vessel sharing agreement (VSA), where capacity is shared between carriers.

With the new cooperation approved on April 17, 2019, Royal Arctic Line will be able to offer transportation services to the Icelandic market. Greenland will be connected to Eimskip‘s international sailing system with its weekly services that create opportunities for direct connections for Greenland to international markets.

“We are pleased to have the formal approval from the Icelandic Competition Authority for the cooperation between Eimskip and Royal Arctic Line after several years of preparation,” Vilhelm Þorsteinsson, CEO of Eimskip, said.

“The cooperation creates opportunities for a more efficient sailing system for Eimskip as well as opening new sailing routes to and from Greenland,” he added.

As part of the cooperation, three 2,150 TEU container vessels are under construction in China with expected delivery in late 2019. Two vessels are being built for Eimskip — the largest in the company’s fleet — and one for Royal Arctic Line. The vessels will be used in weekly services between Greenland, Iceland, Faroe Island and Scandinavia.

The newbuilds are designed for the conditions in the North Atlantic, in accordance with the Polar Code.

As explained by Eimskip, the new cooperation and larger, environmentally-friendly vessels will enable the company to achieve economies of scale and increase fuel efficiency.

Once the new ships are delivered, Eimskip plans to dispose of its older vessels, Goðafoss and Laxfoss.

In a separate statement, Verner Hammeken, CEO of Royal Arctic Line, said that the competition authority’s decision is historic for Greenland as it would improve the efficiency of the West-Nordic sea freight.

The VSA has been an important part of Royal Arctic Line’s transformation and would enable the company to lower both costs and environmental impact, according to Hammeken.

The cooperation is subject to certain conditions made by the Icelandic Competition Authority. 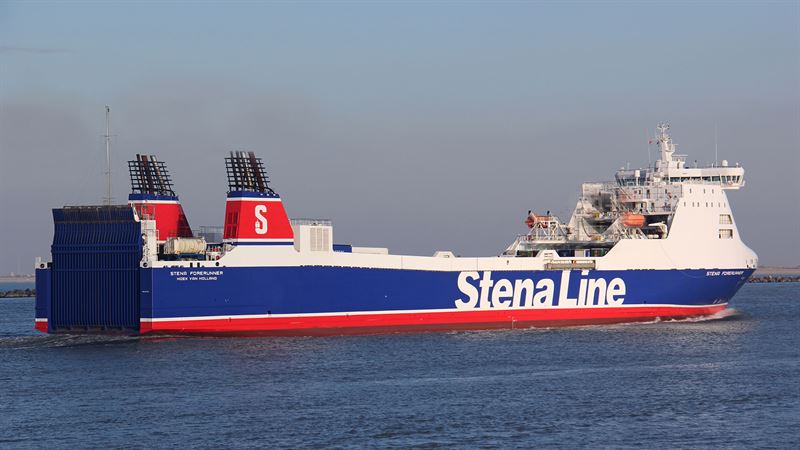