The Hi-Traq was presented at a special event at the Stadium of Light in Sunderland, which was attended by offshore wind industry professionals from the UK, Europe and the USA.

This new remotely operated vehicle has been developed to be the most efficient tracked trencher, capable of tackling the full range of challenges typically faced in this application. High wave loadings and strong currents at the seabed meant the vehicle had to have a minimum weight to guarantee safe, accurate working and efficient trenching operations, for example.

Chris Jones, Product Manager of the Subsea Vehicle Team at IHC Engineering Business, part of IHC Merwede, explained how the Hi-Traq differed from existing trenching assets: “Features such as the independent four-track undercarriage and a flexible tooling arrangement were engineered as integral parts of the design, and have remained the main focus of the project throughout.”

A high level of manoeuvrability also sets the Hi-Traq apart from the competition. The four-trackundercarriage design enables it to climb slopes with gradients of up to 20 degrees. This high traction functionality gives the vehicle its name.

Hi-Traq has been successfully tested and demonstrated at IHC’s the Port of Tyne facility in South Shields, where a special terrain was created to mimic subsea conditions. “The test programme has confirmed that the Hi-Traq trencher is capable of fulfilling all of our functional requirements,” said Chris. 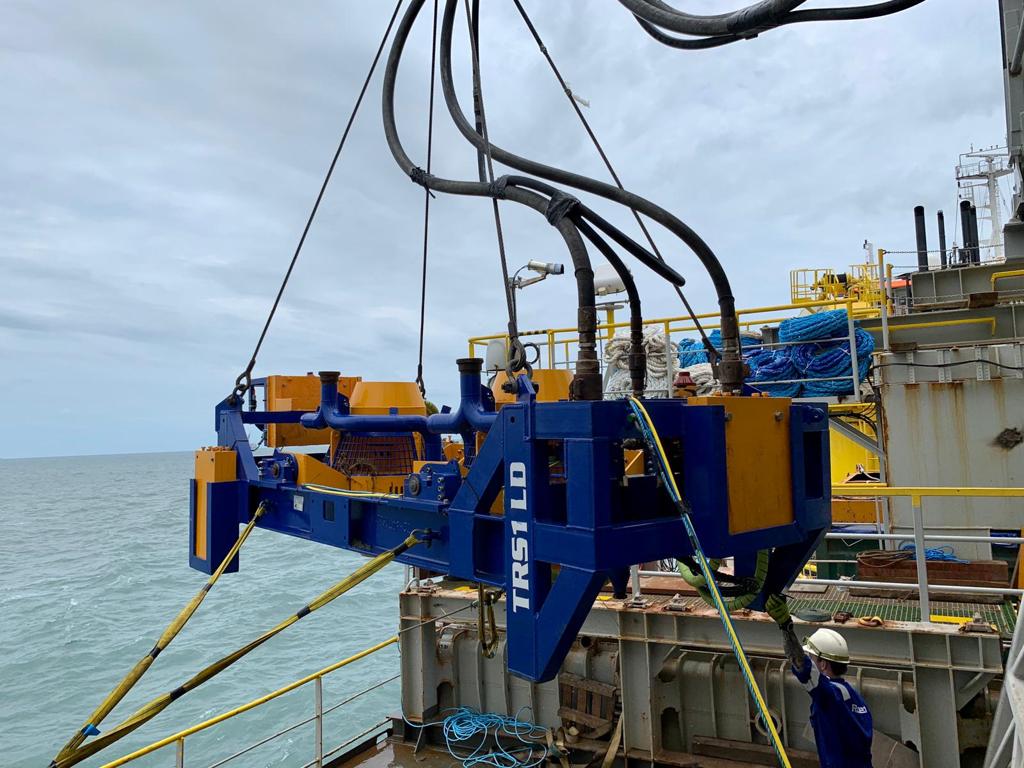