The shipping industry has long been male-dominated due to its characteristics of being physically demanding, dangerous, and requiring long periods away from home. Most cultures have traditionally protected women from such jobs, which led to a significant gap between the number of men and women in the maritime industry.

Although things have changed when looking at the global industry, the maritime sector is still a comparatively dangerous one even in countries in which women are encouraged to play an active role in the workforce.

In an interview with World Maritime News, KD Adamson, Futurist & Chief Executive Officer, Futurenautics Group, explained the reasons behind the issue and spoke on the ways to shrink the gender gap.

Adamson, who will be speaking at the Asia Pacific Maritime 2018 conference, which takes place 14-16 March 2018, said that, on a broader level, what is important is not more committees, it is initiatives within organisations to bring equality in the maritime industry.

She cited data from management consulting firm McKinsey & Company, which has been tracking diversity and inclusion in the workplace for many years now, leading to conclusions that diversity and inclusion form part of a cultural change which starts at the top with real CEO and board engagement. Adamson commented that a change in the culture of maritime organisations has to come from within and requires different thinking. As more maritime companies embark on digital transformation, they are beginning to embrace different thinking.

“I don’t think we are ever going to substantially shrink that gender gap in seagoing staff. What will happen is that seagoing jobs will increasingly no longer prepare individuals for the management positions ashore and that will open the industry up to qualified women from other industries and disciplines,” Adamson said.

“At the same time automation and digitalisation will see new kinds of operational jobs which are shore-based, and will appeal to a far larger number of both women and men.”

Digital transformation will create a variety of highly-skilled roles

Adamson also stressed that there is a need to attract more women and provide them with training opportunities in software and mechatronic engineering to develop the emerging human-machine interfaces and AI driven services and operations that intelligent mobility is going to require.

Commenting on the ways in which leading companies in the maritime industry could help push for gender equality in their businesses, Adamson said that it takes a personal and visible commitment from the men leading these companies. She added that they need to ensure female talent pipelines are created and be prepared to mentor women.

Furthermore, speaking on her own experiences with gender pay gap in the maritime industry, Adamson said that her fees are the same in every industry and that no client in shipping and maritime, or anywhere else, has ever expected to pay less because of her gender.

Finally, Adamson said that practical, social and cultural differences that hinder the integration process present a global issue which every industry is grappling with.

“There are no simple answers or one-size-fits-all solutions I can give you in a sentence, and anyone who tries to doesn’t understand the problem.”

In relation to the #MeToo campaign, Adamson said that a Swedish survey showed that there were more than 1,000 instances of sexual harassment reported by female seafarers at the end of 2017. Additionally, Adamson mentioned the instance when the journalist Rose George was described by a British maritime PR practitioner as “Shipping’s Mary Whitehouse” for objecting to the appearance of semi-naked painted women at Nor-Shipping in 2015.

“Those two things are connected. When the industry works that out it’ll have a shot at creating comfortable working environments for both men and women.” 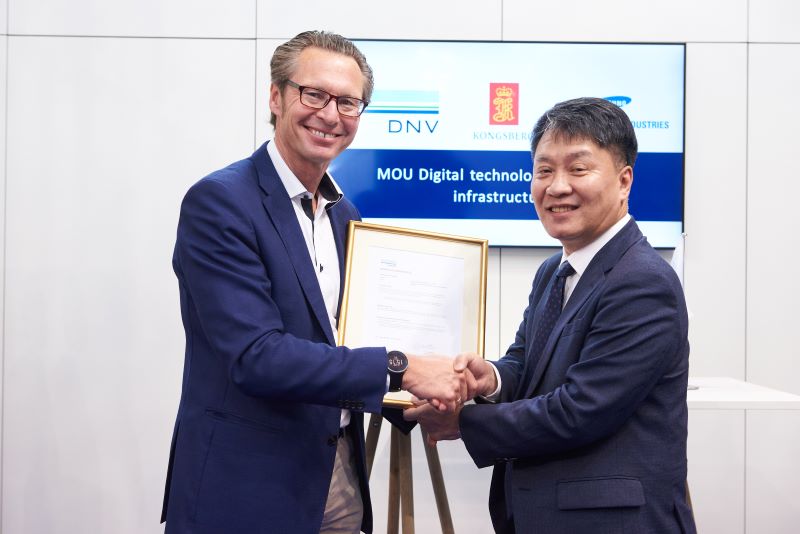