Marine services player James Fisher and Sons has upgraded its outlook on annual performance following improved results in the fourth quarter of 2020.

“Whilst the fourth quarter continued to be challenging, we saw an improvement in trading over the third quarter with revenue ahead sequentially by 7 per cent,” James Fisher noted.

Revenue for the full year, subject to audit, was 16 per cent lower than 2019.

As a result, underlying operating profit for the full year, before separately disclosed items, should now to be at the higher end of the £35-£40 million range previously disclosed on 6 November 2020.

According to the company, Specialist Technical, Tankships and Offshore Oil performed relatively well in the fourth quarter despite difficult trading conditions.

Its ship-to-ship transfer operations continued to perform in line with expectations.

However, in Marine Support, James Fisher noted a significant impact from the lack of subsea projects, both in offshore wind and oil & gas.

“We have already taken swift actions to reduce overheads in Marine Support and have reviewed the carrying value of its entire asset base,” the company said in its trading update on Thursday.

As a result, James Fisher’s Board intends, subject to audit, to make a one-off impairment provision in relation to goodwill, fixed assets and certain accounts receivable within this division which has no cash impact.

Separately disclosed items for the Group are now estimated to amount to between £75 million and £85 million in 2020.

During December, the Group also completed customer acceptance testing on a 500-metre saturation diving system, the first of its kind, which triggered the release of advance payment bond commitments to the customer.

Furthermore, the company said it expects year-end net borrowing between £175 million and £180 million, with headroom of about £120 million.

The Group will announce its full year results on 2 March 2021. 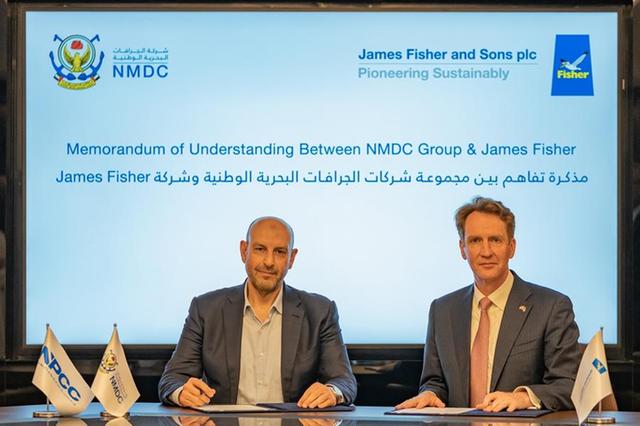