JDR Cable Systems, part of the TFKable Group, has signed a contract with Equinor for the Hywind Tampen offshore wind farm development located off Norway.

JDR said on Thursday that it would design and manufacture eleven 66kV dynamic inter-array cables and two static export cables, each equipped with a JDR designed breakaway system and a range of cable accessories for delivery in 2022.

The 2.5 km long 66kV dynamic array cables will connect to the eleven turbines in a loop, and the two static 12.9km and 16km export cables will be used to connect the loop to the Snorre A and Gullfaks A platforms.

Hywind Tampen will be the first worldwide project to power oil and gas platforms – Gullfaks A, B, C and Snorre A and B – using floating offshore wind, which is more technically challenging and less mature technology than traditional fixed-foundation offshore wind.

The project will consist of 11 wind turbines developed by Equinor. The turbines will have a total capacity of 88 MW, capable of meeting about 35 percent of the annual power demand of the Snorre and Gullfaks oil and gas platforms.

Robert Weeks, sales manager at JDR, said: “Floating wind is still in its infancy compared to fixed-foundation offshore wind, but has the potential to revolutionize how we generate power for deepwater platforms and on coastlines which only have access to deeper waters.”

The power cores for the cables will be manufactured by JDR’s parent company TFKable at its Bydgoszcz factory in Poland. All the cables and accessories will be assembled at JDR’s facilities in Hartlepool UK.

Equinor, along with its partners in the Snorre and Gullfaks fields, submitted a development plan of supplying power from floating offshore wind to the fields via the Hywind Tampen wind farm back in October.

In the same month, Snorre and Gullfaks partners made a final investment decision for the Hywind development.

The Hywind investments will total almost NOK 5 billion (around $550 million). Norwegian authorities through Enova have made a funding commitment of up to NOK 2.3 billion for the project. In addition, the Business Sector’s NOx Fund decided to support the project by up to NOK 566 million. 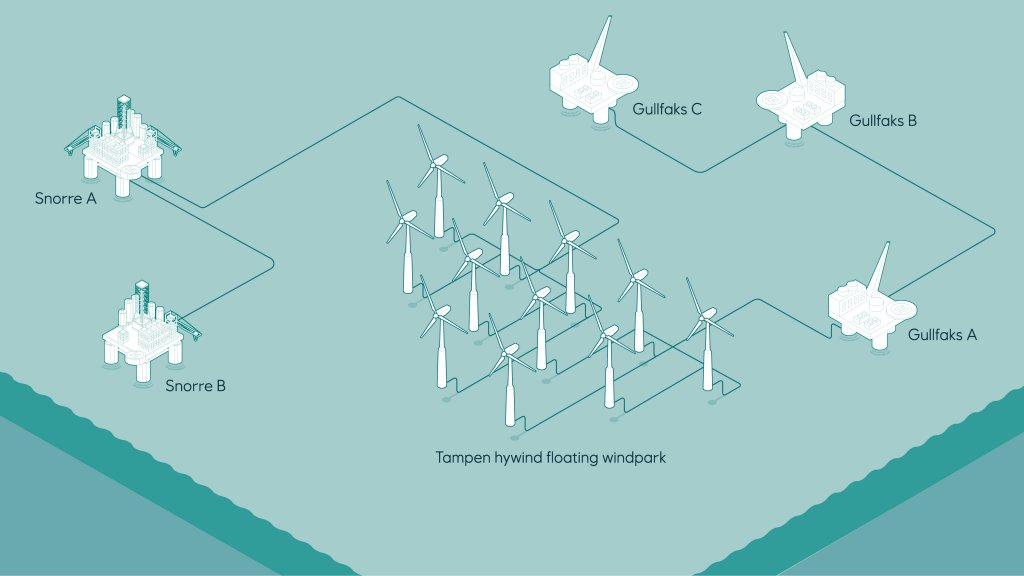