The Queen’s Harbor Master Portsmouth has just announced that a routine maintenance dredging is about to begin in the vicinity of Heritage Pontoon in the South Camber of HM Naval Base.

According to the notice, the dredging will start on October 11th and will last for approximately 3 weeks.

The vessel conducting this task will be the Backhoe Dredger “Doreen Dorward” which will display the appropriate signals from the COLREGS when conducting operations, the officials said.

Spoil from the dredging vessel will be loaded into one of two self-propelled barges, “Nab” or “Needles” for disposal to the NAB Spoil Ground.

Also taking part in the project is the survey support craft “Yvonne T” being supplied by Baker Trayte Marine.

The contractor for the works is Jenkins Marine Ltd. 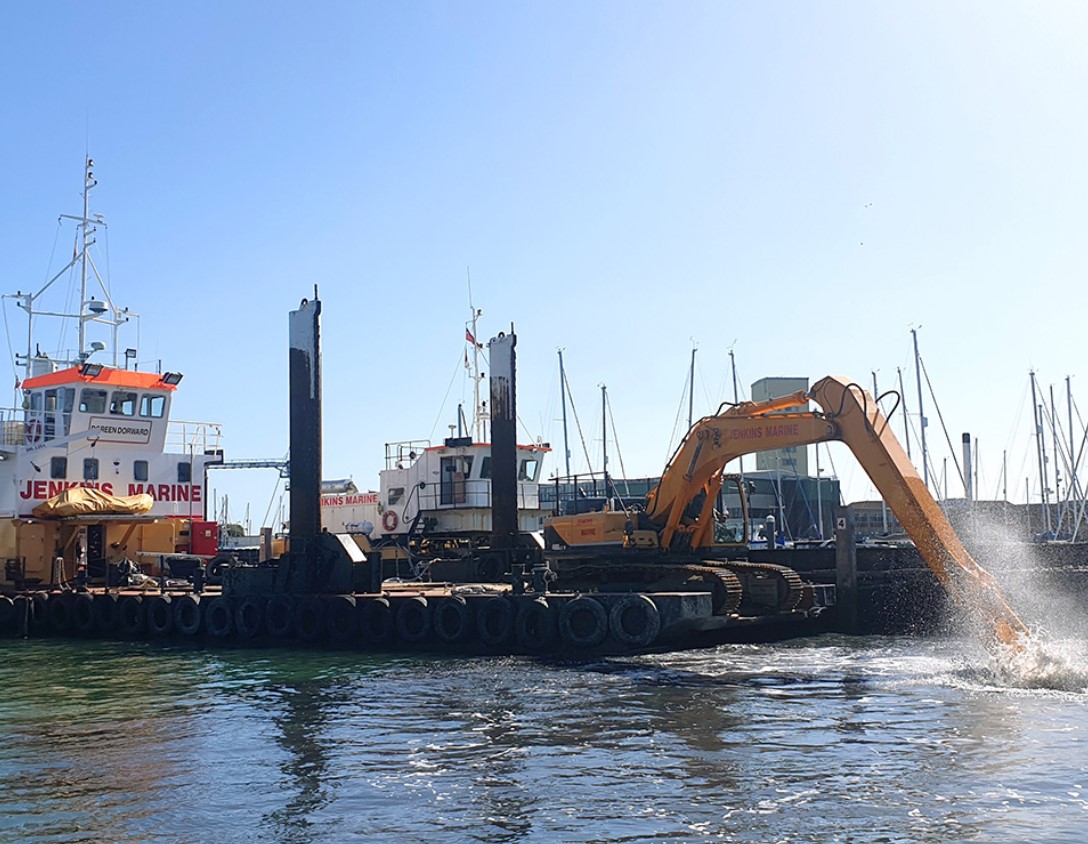