The two companies will combine expertise in open mission systems and unmanned underwater systems to develop the solution.

Utilizing an autonomous underwater vehicle (AUV) from Kraken will give JSK’s advanced sonar technology KraitArray increased scalability and adaptability, providing an innovative capability suitable for the Canadian Navy, as well as an export solution.

The solution will combine a small, wet winch supplied by Kraken’s Handling Systems Group with JSK’s KraitArray – a thin 20mm modular array that detects acoustic signatures from submarine contacts. The winch can lower and recover the KraitArray from Kraken’s own ThunderFish AUV platform.

Brian March, president of JSK Naval Support said: “This is a partnership based on the innovation of both our of companies. KraitArray is the only array small enough to fit Kraken’s industry leading ThunderFish platforms, which increases the adaptability of the array and enables the use of the KraitArray in underwater missions of increasing depth and duration. The collaboration offers increased scalability which enhances our existing KraitArray technology, making it completely autonomous. We’re excited to be offering the technology in a wide range of applications in Canada and are looking forward to further collaboration.”

Karl Kenny, president of Kraken Robotic Systems said: “This collaboration will offer end users significantly improved flexibility across a wide range of underwater situations. ThunderFish is a versatile and compact vehicle which, when combined with JSK’s lightweight sonar capability, offers an agile, high performance solution for the detection of underwater threats.” 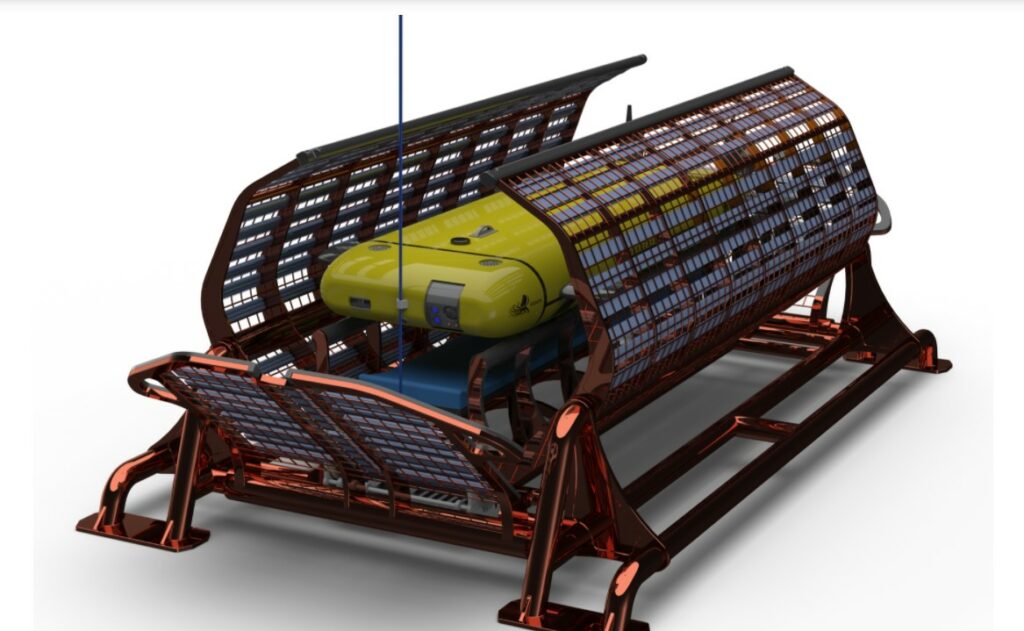