Japanese shipping company K Line plans to tap into potential of the tanker market that has seen a clear upswing  in the second half of 2014.

Namely,  better performance of K Line’s Energy Transportation Business, which includes the healthy LNG and LPG carriers segment, is expected in 2015, as explained by the company’s President & CEO Jiro Asakura.

Asakura added that the company is studying possibilities for participating in several additional projects that will line up with five LNG carriers that have already been ordered.

The 2015 will mark the beginning of an intense fleet rejuvenation programme for  K Line.

Namely, from March this year and into 2018, the company will take delivery of 10 large 14,000-TEU containerships, 10 large car carriers capable of carrying 7,500 cars (thus meeting specifications for transport of large construction equipment and rail cars that the market is expected to demand), and 25 dry bulk carriers.

“Our main purpose here is to replace existing vessels that are deficient in terms of fuel economy and transport efficiency with state-of-the-art vessels.  By doing so, we intend to achieve lower operational costs and per-unit capital costs with the latest environment-friendly and fuel-efficient vessels and to improve our competitiveness in the market,” said Asakura.

“We intend to reinforce our efforts with regard to the three points of corporate governance reform (which we have been initiating sequentially since last year), elimination of long work hours, and full compliance.  However, if we are to achieve success here, we will need to employ an approach that moves simultaneously from the bottom up and top down,” Asakura concluded speaking of the plans for the future. 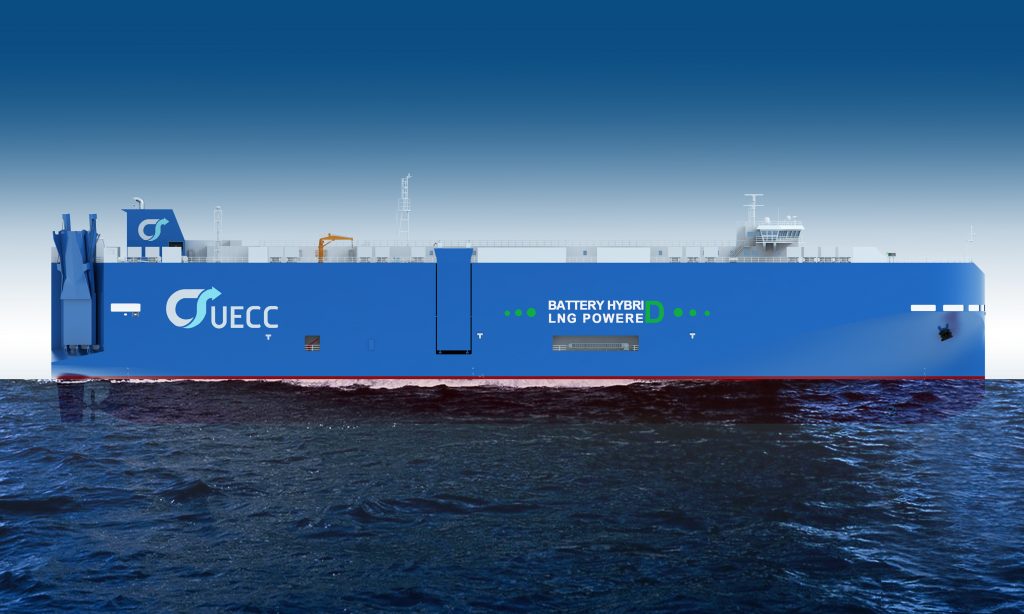