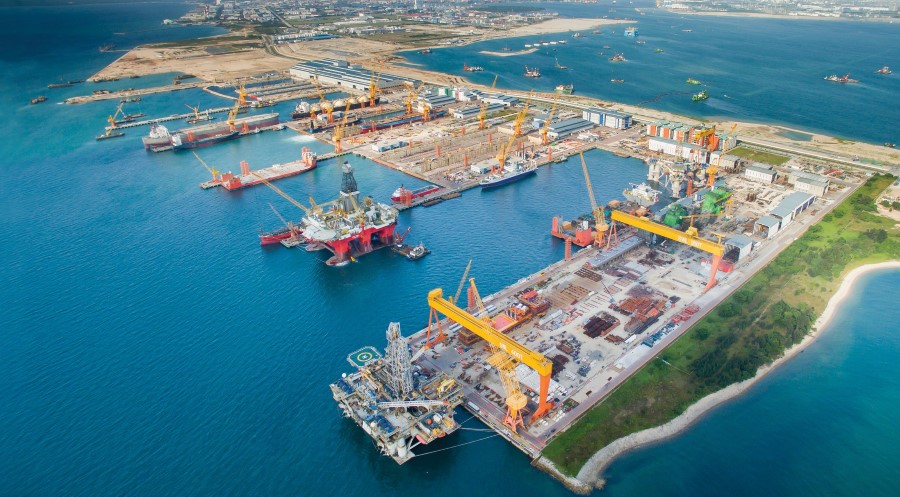 Following reports that Singapore’s Keppel Corporation and Sembcorp Marine are in talks to merge their offshore and marine businesses, the two players have now inked non-binding agreements related to the proposed combination in response to dramatic changes in the sectors.

In a statement on Thursday, Keppel said it has signed a non-binding Memorandum of Understanding (MOU) with Sembcorp Marine to enter into exclusive negotiations with a view to combining Keppel Offshore & Marine and Sembcorp Marine.

Keppel has also signed a non-binding MOU with Kyanite Investment Holdings, a wholly-owned subsidiary of Temasek, with a view to sell Keppel O&M’s legacy completed and uncompleted rigs and associated receivables to a separate Asset Co, which would be majority-owned by external investors.

These two proposed transactions will be inter-conditional and pursued concurrently.

To remind, Keppel and Sembcorp have Singapore state investor Temasek Holdings as their largest shareholder.

The proposed transactions, together with Keppel’s increasing focus on renewables, will accelerate the group’s pivot towards new energy and decarbonisation solutions.

According to Keppel, the combined entity will be better positioned to capitalise on the energy transition including areas such as offshore wind and address the opportunities and challenges in the evolving and consolidating offshore & marine industry.

In a separate statement on Thursday, Sembcorp Marine said that, while the outlook for oil exploration and related activities remains uncertain, the outlook for energy transition is robust, including areas such as offshore wind and hydrogen.

Keppel intends to distribute to its shareholders all the combined entity shares that it receives. This would allow shareholders to enjoy the upside from synergies created through resource optimisation and capital allocation and the recovery of the O&M business and the opportunities in the energy transition, through their stakes in the strengthened combined entity.

The key terms of the transaction are under discussion, and the shareholding of the combined entity is subject to negotiation, due diligence and detailed valuation to be performed by Keppel, Sembcorp Marine, and their respective advisers.

Under the second MOU, Keppel O&M’s legacy rigs and associated receivables will be sold to a separate Asset Co that will be formed. Keppel will retain not more than a 20 per cent stake in Asset Co as an investment, while external investors, which Kyanite intends to procure, will hold the balance of at least 80 per cent.

The external investors will provide capital which can be used for finishing these uncompleted rigs, which would no longer be funded by Keppel. Keppel’s economic exposure in Asset Co will be reduced over time, as the rigs or Asset Co are sold or securitised when conditions in the rig chartering market improve.

This would allow Keppel to continue accessing Keppel O&M’s capabilities required for its projects, on terms to be agreed. The scope of the Strategic Partnership JV will be subject to a final agreement between the parties concerned.

Loh Chin Hua, CEO of Keppel Corporation, said: “The proposed combination would create a stronger player that can compete more effectively. It builds on the organic transformation of Keppel O&M, which we had announced at the start of the year, to enhance its competitiveness and relevance in the evolving international landscape”.

Speaking of skilled workers, Sembcorp Marine has recently said it continues to experience labour shortages with a resulting cost impact due to the Covid-19 pandemic and related restrictions.

Following the MoUs, the two companies will undertake mutual due diligence and discuss the terms of the potential combination, which is expected to take several months.