Singapore’s Keppel Offshore & Marine Ltd has through its subsidiaries been awarded two contracts with a combined value of about S$70 million (USD 51 million).

BrasFELS shipyard, Keppel FELS Brasil’s facility in Angra dos Reis, Rio de Janeiro, Brazil, will start the fabrication of the modules for the FPSO in 4Q 2018.

The FPSO will be deployed at the Sepia field, which is located in the pre-salt region in the Santos Basin, some 250 kilometers off the coast of Rio de Janeiro, Brazil.

In Singapore, Keppel Shipyard has been awarded a contract to convert an LNG Carrier to a Floating Storage and Re-gasification Unit (FSRU). Keppel said the client was a leading global operator of oil and gas production vessels, but did not reveal the identity of the client.

For the FSRU conversion project, apart from repair and life extension works, Keppel Shipyard will carry out shipyard engineering, installation, and integration of the regasification module and upgrading of the cargo handling system. Scheduled for delivery at the end of 2018, the FSRU will be capable of re-gasifying up to 750 million metric standard cubic feet of natural gas per day.

Keppel said that with the increase in demand for LNG in power generation, FSRUs are a fast, flexible, cost-effective, safe and environmentally-friendly storage and regasification solutions, well suited for deployment in remote areas with smaller energy requirements.

The world’s first converted FLNG vessel, Hilli Episeyo, has achieved final acceptance and started commercial operations for Perenco in Cameroon. This was accomplished within four years of the contract award to Keppel Shipyard. 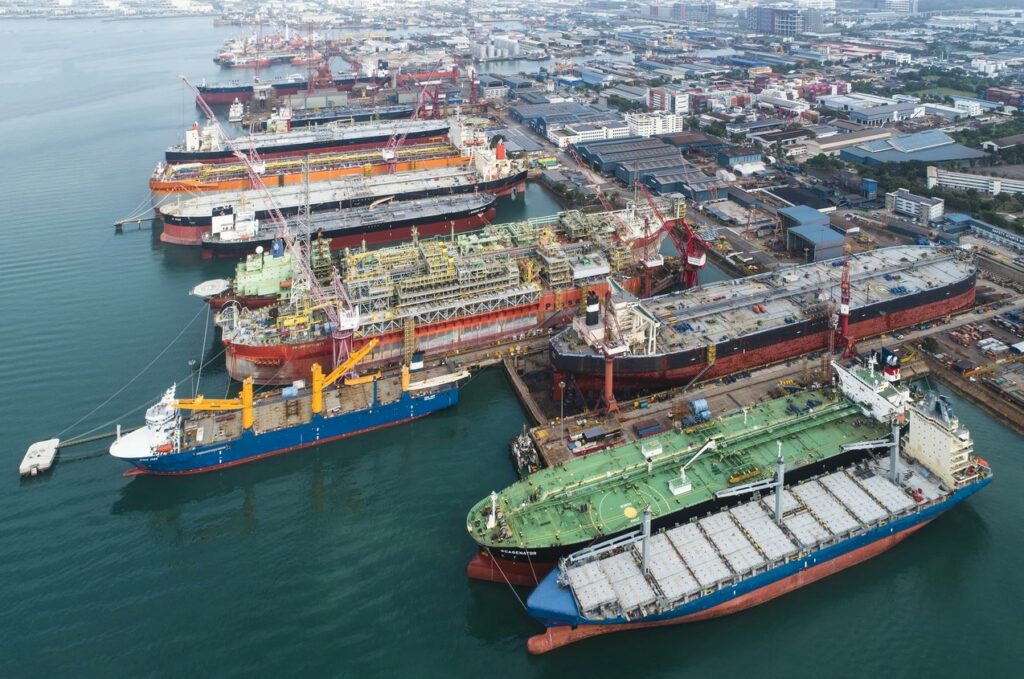