Klaipedos Nafta said that in preparations to start the operations of its LNG reloading station currently under construction in Klaipeda, the company has started capacity allocation from 2017.

Klaipedos Nafta, the operator of Lithuania’s LNG terminal in the port of Klaipeda, is expanding its infrastructure and constructing an LNG reloading station.

The company is expecting the facility to begin operations next year, providing LNG reload to road trucks/trailers and liquefied natural gas bunkering for LNG-fueled vessels, a statement issued on Wednesday shows.

“The LNG reloading station will allow to load LNG on trucks and provide LNG bunker fuel for ships in the port of Klaipeda. It is crucially important to plan the services for 2017 in order to have a successful start of operations, therefore we are starting to allocate the capacities and prepare the annual delivery program as soon as possible,” said Mantas Bartuška, general manager of Klaipedos Nafta.

The LNG reloading station will consist of five storage tanks with a 1.000-cbm capacity each, leaving a possibility to expand the station for up to 10 storage tanks. The facility will have the maximum throughput capacities of 250.000-cbm annually with two truck loading bays and a jetty for ship bunkering.

The company has already finished soil cleaning and is preparing the construction site, and two cryogenic LNG storage tanks are currently manufactured and being tested.

Klaipedos Nafta said that the commissioning cargo will be bought in the near future.

The European Union has commissioned the project with €9.1 million (Approx. US$10 million) from the program Connecting Europe Facility Motorways of the Sea. 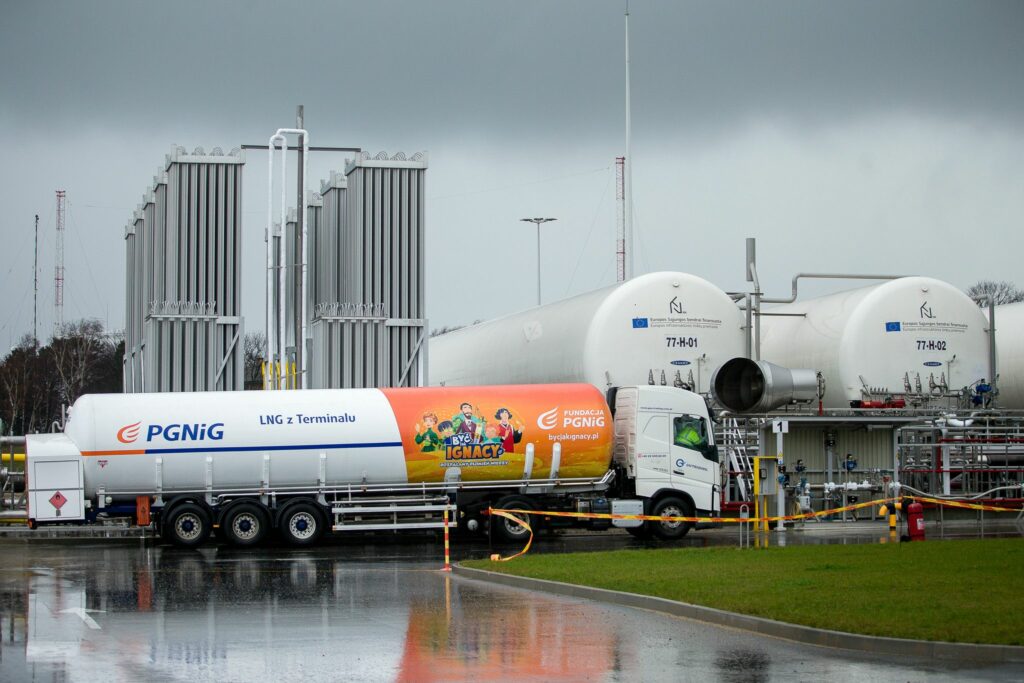