Klaipedos Nafta has approved the regulations for use of the LNG terminal following the pre-approval by the National Commission for Energy Control and Prices of Lithuania (NCECP). Therefore, the company announced that LNG terminal capacity booking (the open season) starts 30th April.

From the start of the open season Klaipedos Nafta will be accepting the applications of market participants to use the LNG terminal. The contracts with the first users are envisaged to be signed June-July this year.

This initial phase of the capacity allocation is aimed at concluding contracts for the provision of LNG regasification and (or) LNG reloading services from the start of terminal operations.

For the convenience of the potential LNG terminal users, Klaipedos Nafta has in advance calculated and is announcing preliminary prices of services to be provided by the LNG terminal. Preliminary prices were calculated according to the Methodology of Setting State Regulated Prices in the Natural Gas Sector approved by the Resolution No. O3-367 of the NCECP, dated 13th September 2013 (with the latest amendments of 14th April 2014). The upper limit for prices of the LNG terminal services and specific prices will be set and announced by the NCECP.

“It is reasonable to assume that the method of calculation will not change; therefore, our specialists carried out preliminary calculations by which potential customers will be able to estimate future costs of services. Our goal is to introduce users of the LNG terminal with LNG terminal usage rules and rates at the earliest. This is a sort of guidelines for business, for which cost planning is essential in advance,” said Rokas Masiulis, CEO of SC “Klaipedos Nafta.”

Referring to the Methodology of Setting State Regulated Prices in the Natural Gas Sector, the preliminary tariffs of the LNG terminal services are expected to be as follows:

As indicated above, these tariffs are preliminary and have not been approved by the Board of the company or the NCECP.

“Fixed operating costs of LNG terminal, as provided by law, are covered by gas end users via security supplement to the natural gas transmission tariff. However, the revenue collected from the small scale LNG services, such as LNG reloading, will reduce the security supplement, and final tariff to gas end user accordingly. Such tariff structure is expected to encourage the emergence of the new suppliers in the regional natural gas market, as well as to provide an attractive platform for the development of the small scale LNG activities,” emphasizes Masiulis. 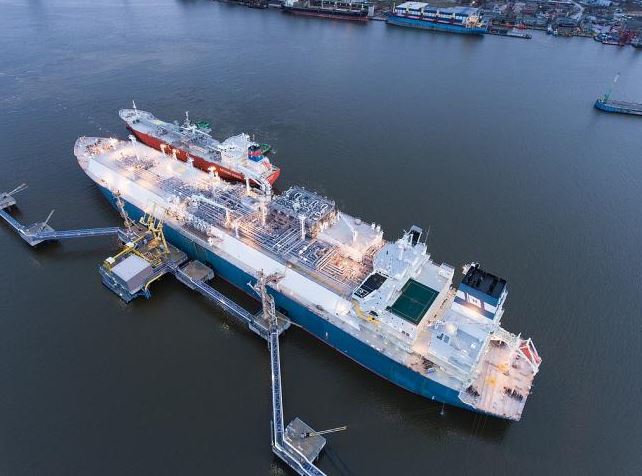