The deal’s purchase price amounts to USD 103.0 million, minus approximately USD 82.1 million of existing bank debt, of which USD 23.4 million of which will be prepaid by KNOT 20, owner of the vessel, at closing.

The acquisition is expected to close on or before December 31, 2014, subject to customary closing conditions.

The Dan Cisne is a 59,000 deadweight ton shuttle tanker, built by Cosco Nantong in China.

The vessel was purchased by KNOT in September 2014 from J. Lauritzen. It is operating under a twelve year contract with Transpetro, with a remaining firm contract period of 8.7 years.

Including the Dan Cisne, KNOP will have a fleet of eight vessels with an average age of 3.2 years and with a fixed average employment of 5.4 years.

In line with Omnibus Agreement, KNOP has the option to purchase the Ingrid Knutsen and the Raquel Knutsen, both on time-charter to ExxonMobil and Repsol Sinopec respectively, from KNOT within 24 months of their delivery to charterers.

In August, 2014, KNOT purchased the Dan Sabia and the Dan Cisne, which are on long-term bareboat charters to Transpetro ending in the third quarter of 2023 and first quarter of 2024, respectively.

The Dan Sabia may be offered to KNOP in the future pursuant to the terms of the Omnibus Agreement.

On September 12, 2014, KNOT entered into new long-term charters with a subsidiary of BG to provide shuttle tanker services in Brazil beginning in late 2016.

The charters with BG will be serviced by two Suezmax-size DP2 shuttle tanker newbuildings to be constructed by Hyundai Heavy Industries. 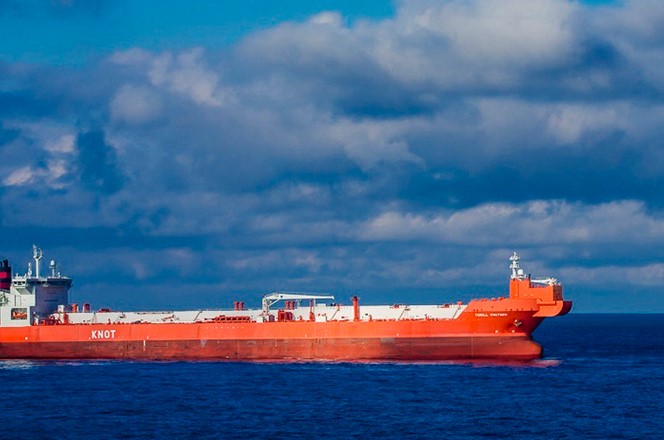