As informed, Hyundai High Efficient Gas Supply System (Hi-eGAS) consists of a safety system in which the engine will continue running normally in the event of an incident to the LNG fuel system, such as forcing vaporizer leakage or failure of the JCW booster pump, temp and pressure control valves.

The system uses a new heat exchanger with low freezing risk, which KSOE and HHI developed in cooperation with domestic equipment companies. It is designed for 300,000 dwt very large crude carriers (VLCC).

The South Korean shipbuilder completed a 24-hour demonstration test of the system last year at the LNG Cryogenic Mechanical Testing Certification Center at the Korea Institute of Machinery and Materials under the same conditions as the maximum fuel supply for large ships.

“KSOE and HHI are leading the development of reducing carbon emissions and … ship technology that increases the competitiveness of LNG fuel propulsion ships. I believe that AIP of this technology, proven by DNV, can … support shipping industries to lower fuel price and CO2 emissions,” said Byeongyong Yoo, Vice president of KSOE.

“DNV aims to support the transition of the shipping and shipbuilding industries to a cleaner, green future. Our role is to ensure the new technology will offer better solutions to the maritime industry in a continually evolving fuel landscape,” added Vidar Dolonen, Regional Manager DNV Maritime Korea & Japan.

Currently, LNG fuel propulsion ships are using boilers to make hot steam, which has converted LNG into a gas at room temperature to supply a ship’s engine. However, this process has the disadvantage of increasing fuel costs and carbon emissions.

The concept of the waste heat of engine cooling water as a heat source for LNG-fueled ships has been trialed previously, but commercialization was not successful due to concerns that engine performance could be negatively affected.

As the International Maritime Organization’s (IMO) environmental regulations, especially on ships’ carbon emissions, are tightened, LNG is expected to become a primary fuel for ships, according to DNV.

In total, 805 LNG-fuelled vessels are on order or in operation, with a further 229 LNG-ready vessels, according to DNV’s Alternative Fuels Insight (AFI) platform.

To remind, in January this year, KSOE won new orders for the construction of five LNG-fueled containerships. The three boxships are slated for delivery by 28 June 2024 and will be built by KSOE unit Hyundai Samho Heavy Industries (HSHI).

Moreover, during the past year, South Korean shipbuilder witnessed LNG carrier order surge. A few days ago, KSOE revealed it signed a contract to build two LNG carriers for undisclosed Oceanian shipowner. The construction work will also be performed by HSHI. 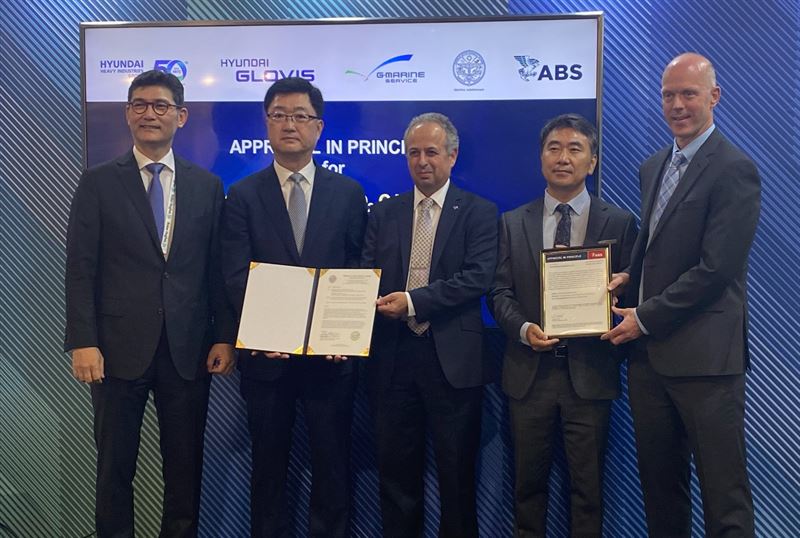