He will start during the spring as soon as he has ended his current position as head of project development for the oil company Lundin Norway.

“Kvaerner has delivered a consecutive line of positive results for many years, and has become a leading contractor in several areas. The Board of Directors have experienced a strong interest from many well qualified candidates to take over as CEO for Kvaerner. The company has a solid foundation for further development and growth, and we are pleased that Løken has decided to take the helm. He has a strong understanding of the industry, he knows Kvaerner also from the customer side, and he has a wide experience in developing teams for high performance”, says chairman of the board, Leif-Arne Langøy.

Karl-Petter Løken has held positions in the oil and gas industry for companies like Statoil, Aker Solutions and Lundin Norway. For many years, Løken was in parallel with his industrial career also a top league soccer player in Norway, including 36 matches for the national team. In his free time, he has also been a popular expert commentator with the Norwegian Broadcasting Corporation (NRK) for presentations of soccer-matches.

From 2011 to 2015, Løken was engineering manager for Lundin Norway’s Edvard Grieg field development, where Kvaerner was the key contractor.

“I am looking forward to becoming a part of Kvaerner. I already know a bit about the organisation, the people and what they stand for. Over the past years, I have also been impressed by how Kvaerner has become recognized by international customers for being the contractor that always delivers as planned. The company’s expertise, capacity and position is a strong base for continuing this systematic performance, and for simultaneously developing the business further,” says Karl-Petter Løken.

At February 23, 2018, Kvaerner announced that its former President & CEO Jan Arve Haugan was leaving to take up a new position as manager for Aker Energy. Kvaerner’s EVP & CFO Idar Eikrem will continue as interim CEO until Løken takes up his position. 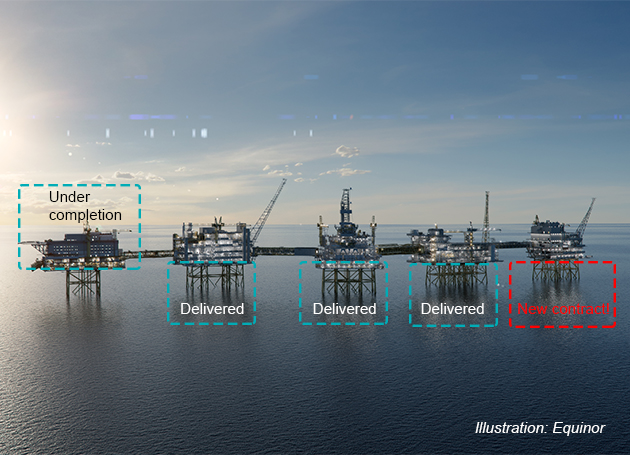