Norwegian engineering and construction services company Kvaerner has been awarded one of the key contracts for Equinor’s Hywind Tampen floating offshore wind project, which will power oil and gas platforms in the North Sea. Kvaerner will execute the marine operations part of the contract in a joint venture with DOF Subsea.

Equinor on Thursday awarded contracts totalling around NOK 3.3 billion ($357.6M) for the Hywind Tampen development, which will supply electrical power to the nearby oil and gas platforms Gullfaks A, B, C and Snorre A and B. The wind farm will be located some 140 kilometres from shore, between the Snorre and Gullfaks platforms.

In a separate statement on Thursday, Kvaerner said it would deliver 11 floating concrete hulls for offshore wind power turbines and in addition execute marine operations services for the Hywind Tampen project.

Kvaerner said that this would be the world’s largest floating offshore wind farm and vital for industrialising solutions and reducing costs for future offshore wind power projects. Kvaerner’s contract is worth about NOK 1.5 billion ($162.5M).

The Hywind Tampen project will be installed offshore Norway, west of the city Bergen and will supply electrical power to the nearby oil and gas platforms Gullfaks A, B, C and Snorre A and B. The combined effect from the 11 turbines will be 88 megawatts and will replace about 35 percent of the five platforms’ energy demand. Today, the energy required to run these platforms is supplied by gas turbines.

Kvaerner noted that the project would reduce Norwegian CO2 emissions with more than 200,000 tonnes per year, which is equivalent to the emissions from 100,000 cars. In addition, analysis confirm that the hulls made of concrete have a favorable CO2 footprint compared to several other solutions. Kvaerner will also leverage Hywind Tampen to further reduce the CO2 footprint in concrete construction for future projects.

Karl-Petter Løken, Kvaerner’s President & CEO, said: “It is vital that Norway does what is possible to reduce emissions, also within oil and gas production. When such improvements are combined with reducing the emissions from oil and gas consumption in each country around the globe, we progress towards the globally agreed climate objectives.

“The Hywind Tampen project paves the way for more wind power farms both in Norway and internationally. Today’s new contract is a very important step in Kvaerner’s strategy to grow within renewable business, in addition to our existing business within oil and gas.”

Marine operations will be performed as an integrated subcontract to the main contract, executed in a 50/50 joint venture between Kvaerner and DOF Subsea.

Løken stated: “It was an important milestone for us when we in spring of 2019 were asked to participate in early phase engineering for Hywind Tampen, and thus contribute to develop the solution which we will now start to construct. This year, we have also started to recruit new concrete specialists, because we see more opportunities for Kvaerner to participate in important projects globally.”

The initial phase of constructing the 11 concrete hulls will start in the drydock at Kvaerner’s specialized facility at Stord in Norway. The bottom sections will thereafter be floated to the site at Dommersnes in the Vindafjord where the construction will be completed. 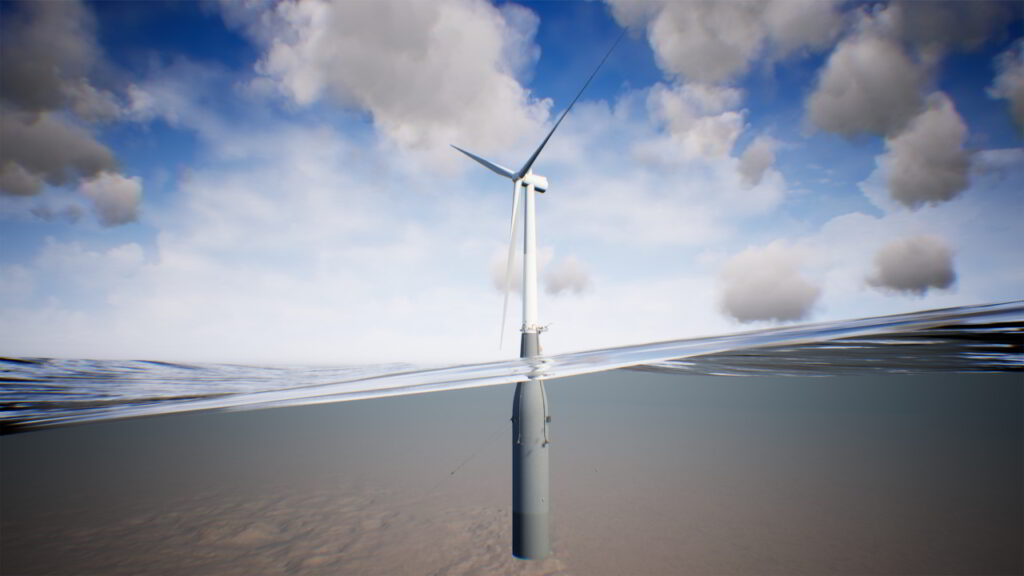