Two-thirds of the way through, the Lake Zumbro Restoration Project in Rochester, Minnesota, is on track, reports J.F. Brennan Company, Inc.

The contractor has just released this 3 minute video that examines project goals, the team involved, and takes a close look at the 80-acre confined disposal facility.

The Lake Zumbro was created in 1919 following completion of the Lake Zumbro Hydro Project which dammed the south and middle forks of the Zumbro River north of Rochester, Minnesota.

Sediment transport and deposition since construction of the dam has resulted in a significant accumulation of sediment within several areas of the lake.

Overall, the project includes dredging at nine specified locations to remove accumulated sediments and transport these sediments to a disposal site east of the lake. 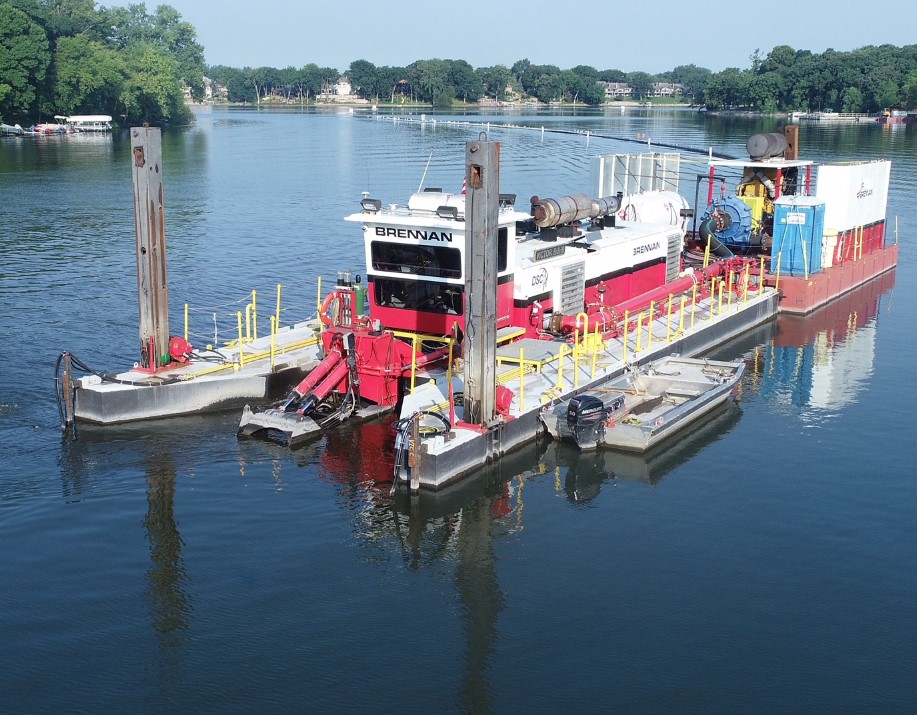