Prysmian’s new cable-laying vessel Leonardo Da Vinci is undergoing final preparations ahead of being towed from Vard’s shipyard in Tulcea, Romania, to Norway for final outfitting.

Following the finalization of the hull in Tulcea, Leonard Da Vinci will begin its journey from the Danube river through the Mediterranean and along the shores of Portugal, Spain and France up to Brattvag in Norway, where it will be completed for its final leave port.

According to Prysmian, the journey is expected to take nearly one month.

“The construction of the vessel is quite advanced, as all 5 blocks have been aligned from stern to bow, while already 4 of them have been practically welded and we are starting to mount the superstructures,” said Dario Brivio, Project manager on Leonardo da Vinci.

“Works are actually proceeding on time with the overall schedule. After completion of all the milestone steps foreseen at Vard’s shipyard in Tulcea, such as steel cutting, keel laying and installation of main engines, the hull is due to be completed in summer 2020. It will then be towed to its final destination at Vard’s shipyard in Brattvag, Norway, for fitting out and finishing, after one month of navigation.”

Brivio added that the installation of the capstan, designed and produced by Prysmian and delivered to the shipyard, was one of the most delicate phases of the construction process, along with the engine manufacturing and thrusters ones.

Prysmian was also responsible for all the other onboard cable-laying equipment, such as turntables, pickup arms, tensioners and caterpillars, that will be installed on the vessel in Norway.

Ordered in April 2018, the new cable-layer is expected to be operational by the second quarter of 2021.

The 170m vessel will feature installation capabilities for depths of more than 3,000m, maximum speed above 14kn, two carousels of 7,000t 10,000t, two independent laying lines, DP3 positioning and seakeeping systems, and a specifically designed engine and propulsion set up. 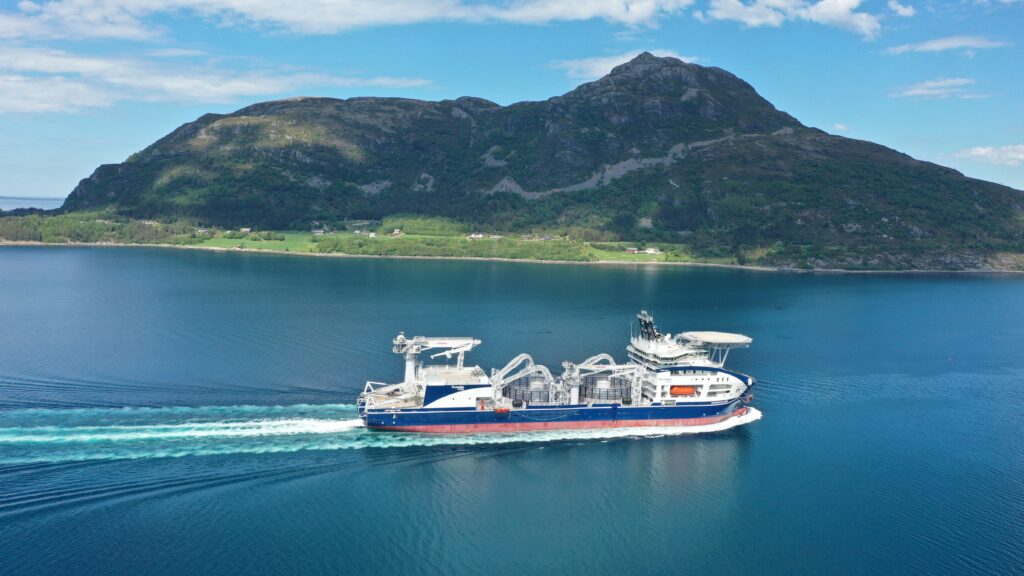