Lewek Constellation in Action by March

The Group’s ice-classed, DP3 multi-lay construction vessel with heavy lift capabilities is currently being finalized in front of the Huisman Schiedam quayside in the Netherlands. Huisman designed and built the 3000mt Offshore Mast Crane and the Multi-lay System onboard the vessel.

Prior to its completion, the vessel has secured a backlog of nearly US$0.5 billion, and is fully booked through to the middle of 2016.

With the delivery of the Lewek Constellation, Ezra has substantially completed its major capex in this growth cycle and is poised to move into a phase of free cash generation which will ultimately improve gearing and develop balance sheet strength.

The Group has also successfully closed the increased loan facility to finance the construction of the vessel up to its completion.

“We have seen Ezra grow and transform since the early 2000s as a ship charterer to becoming a full-fledged subsea engineering services provider, and we would like to congratulate Ezra on achieving yet another milestone with the Lewek Constellation,” said Joyce Tee, Managing Director, Head of Shipping, Aviation & Transportation, Institutional Banking Group of DBS Bank, the co-lead arranger for the loan facility for the Lewek Constellation.”

“I am extremely pleased with the progress we have made with the Lewek Constellation, and I would like to thank our principal banks for their commitment and strong support in seeing this project come to fruition,” said Lionel Lee, Ezra’s Group CEO and Managing Director. 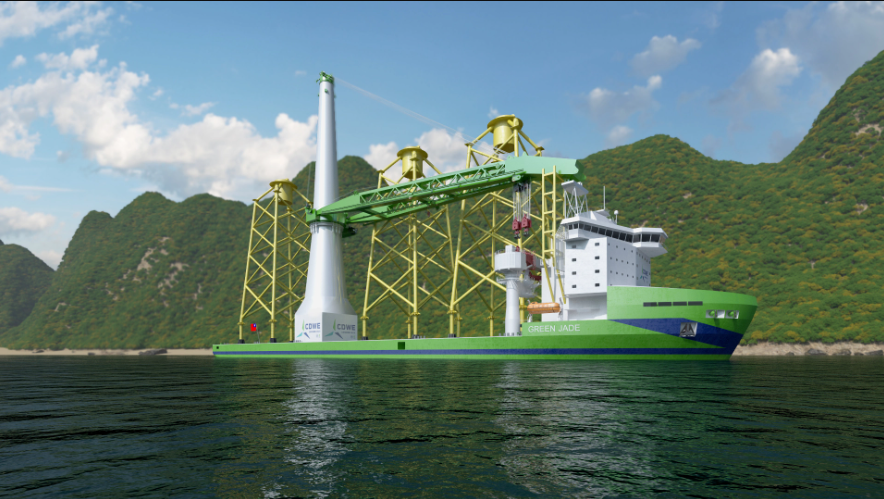