The Libyan Coast Guard has opened fire on a tanker suspected of smuggling Libyan fuel, the Coast Guard said on Saturday, October 7.

The Comoros-flagged oil products tanker, identified as Goeast, is reported to have refused to obey instructions from the Coast Guard when approached on Friday while underway near Bukhamash, west of Zuwarah.

The Coast Guard said that despite repeated calls and instructions, the ship’s crew failed to obey which resulted in shots being fired upon the ship. It is said that 30mm ammunition was used against the tanker.

As informed, the vessel’s fuel tanks and its engine room were severely damaged.

The Coast Guard has released a video of the operation, showing shots being fired upon the tanker, resulting in water ingress and a heavy listing of the ship.

According to the Libya Express, the ship capsized shortly after.

The fate of the tanker’s crew is unknown. 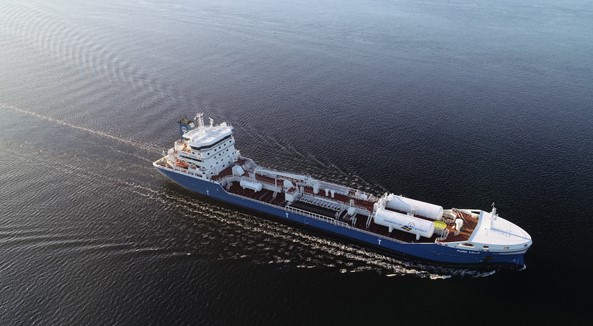