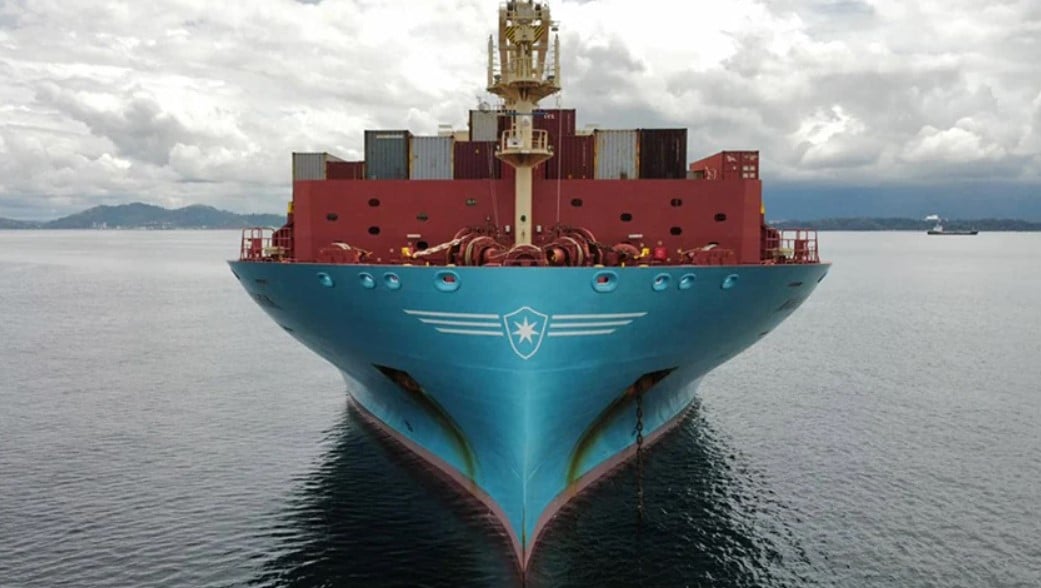 The parties have signed a Letter of Intent covering Carbon Sink’s development of green methanol production facilities in the United States. The first facility will be co-located with the Red River Energy existing bioethanol plant in Rosholt, South Dakota, USA, and will have a production capacity of approximately 100,000 tonnes per year.

The commercial start is anticipated in 2027 and Maersk intends to purchase the full volume produced at the plant, with options for the output of subsequent Carbon Sink facilities at other locations.

This is Maersk’s 8th such agreement signed over the recent period as the company works to secure green fuel needed for its 19 container vessels currently on order which are capable of operating on green methanol.

In March, Maersk announced six partnerships with CIMC ENRIC, European Energy, Green Technology Bank, Orsted, Proman, and WasteFuel with the intent of sourcing at least 730,000 tonnes per year by the end of 2025. The seventh partnership, which was signed with Debo, was added in August.

“Securing green fuels at scale in this decade is critical in our fleet decarbonisation efforts. We have set a 2040 net zero target for our entire business – but importantly to stay in line with the Paris Agreement, we have also set 2030 targets to ensure meaningful progress in this decade. Partnerships are essential on this journey – and I am very pleased to welcome Carbon Sink on board,” says Berit Hinnemann, Head of Green Fuels Sourcing, A.P. Moller – Maersk.

“We are very pleased to be working with Maersk in support of their mission to decarbonise the shipping sector. Carbon Sink brings a vast wealth of knowledge, experience and partnerships to help them achieve their ambitious corporate goals. Our multi-project development strategy creates a pathway for the supply of significant volumes of green methanol to help meet the demand of Maersk’s growing dual-fuel ship fleet,” says Steve Meyer, CEO of Carbon Sink.

Carbon Sink uses commercially available technology to produce green methanol by combining green hydrogen from the electrolysis of water using additional renewable electricity and biogenic CO2. The CO2 for the first project will be waste CO2 captured from the Red River Energy bioethanol plant, recycling those emissions into green methanol.