A new mooring, anchoring and quick connect solution optimised for marine energy systems is set for trials in the Atlantic Ocean, following a range of laboratory and on-land test campaigns currently underway.

The solution could reduce CAPEX, installation and O&M costs by more than 50%, the project developers claim.

The UMACK solution is also said to addresses fundamental challenges to improve the reliable operation in the harshest ocean conditions.

The innovative technology is being developed as a universal and adaptable solution for a broad range of marine energy applications and seabed types, according to Matt Dickson, UMACK project manager and CorPower Ocean’s head of projects.

It is said to presents a step change in technology for the ocean energy space addressing the affordability, durability and reliability of marine power systems mooring and anchoring.

On-land anchor testing is currently underway at the Fraunhofer Institute for Wind Energy System (IWES) in cooperation with the Test Centre for Support Structures (TTH) of the Leibniz University of Hannover.

It further eases the installation and retrieval of marine energy devices while maximising operational windows, according to developers.

The company’s full-scale WEC demonstration programme HiWave-5 runs in parallel with the UMACK project, with the first full-scale system scheduled for ocean deployment towards the end of 2021.

CorPower’s WECs take the form of heaving buoys which float on the water surface absorbing energy from ocean waves, while connected to the sea floor via the UMACK system.

Dickson said: “The consortium has worked intensively for several years taking the UMACK concept from the drawing board, through multiple design, development and test phases, to construction, subsystem testing and now the upcoming open ocean testing towards the end of 2021.

“The forthcoming open ocean trials mark a tremendously exciting period, and an important stage in a long and rigorous validation process. The project is aiming to demonstrate how improved strategies and reduced downtime afforded by the novel UMACK system can decrease LCOE (Levelised Cost Of Electricity) for a broad range of marine energy platforms”.

UMACK is funded by Scottish Enterprise and the Swedish Energy Agency with co-funding from the OCEANERA-NET COFUND (via the European Commission under Horizon 2020). 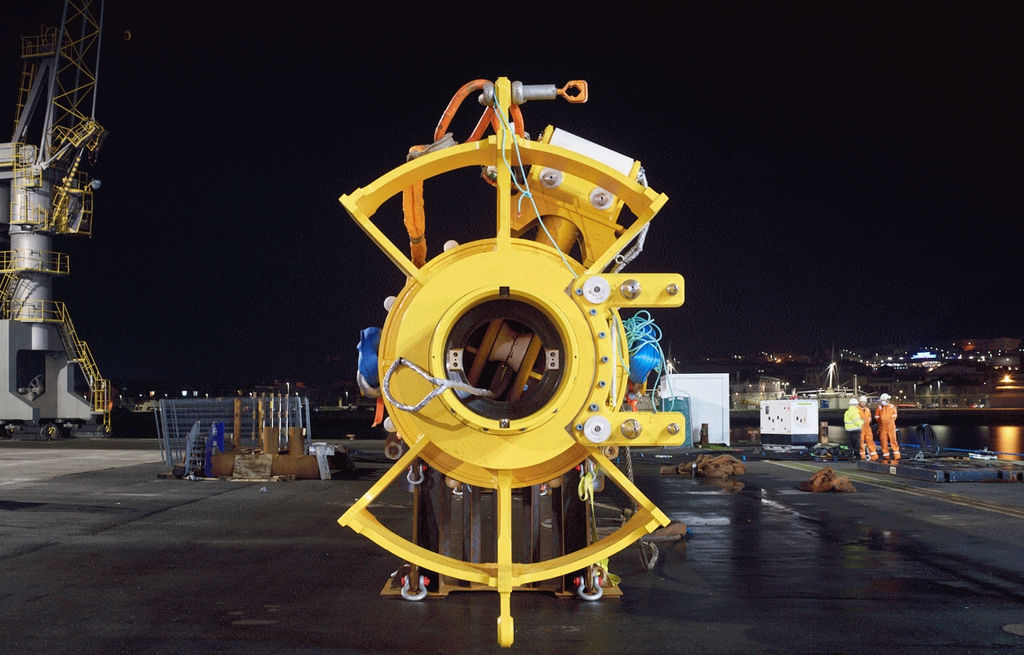