Jean-Luc Longeroche, CEO and co-founder of Geps Techno, said that Meta had confirmed its wish to work with the company in order to multiply the power of its submarine cables by tenfold, according to the Economic Development Agency of the French region of Pays de la Loire, which is citing the local newspaper Ouest France.

“At Geps Techno, we believe that the oceans are the energy reserves of the future […] With its innovative technologies and its customer-oriented culture, Geps Techno intends to exploit the huge energy field of the oceans in a cost effective and environmentally friendly way,” Longeroche was quoted as saying by the Pays de la Loire agency.

The prototype, featuring six turbines, and 68 square meters of solar panel, was retrieved to the Port of Saint-Nazaire in fall 2021 for the post-deployment inspection and assessment.

According to Geps Techno, a number of lessons have been learned during the two-year deployment period, most notably those related to the ability of the anchor to withstand marine conditions and the aging of the platform.

Following the retrieval, the company unveiled plans to redeploy the revamped platform at the SEM-REV site in 2022, that will be updated with new wave energy extraction technology, and with additional renewable source of energy production. 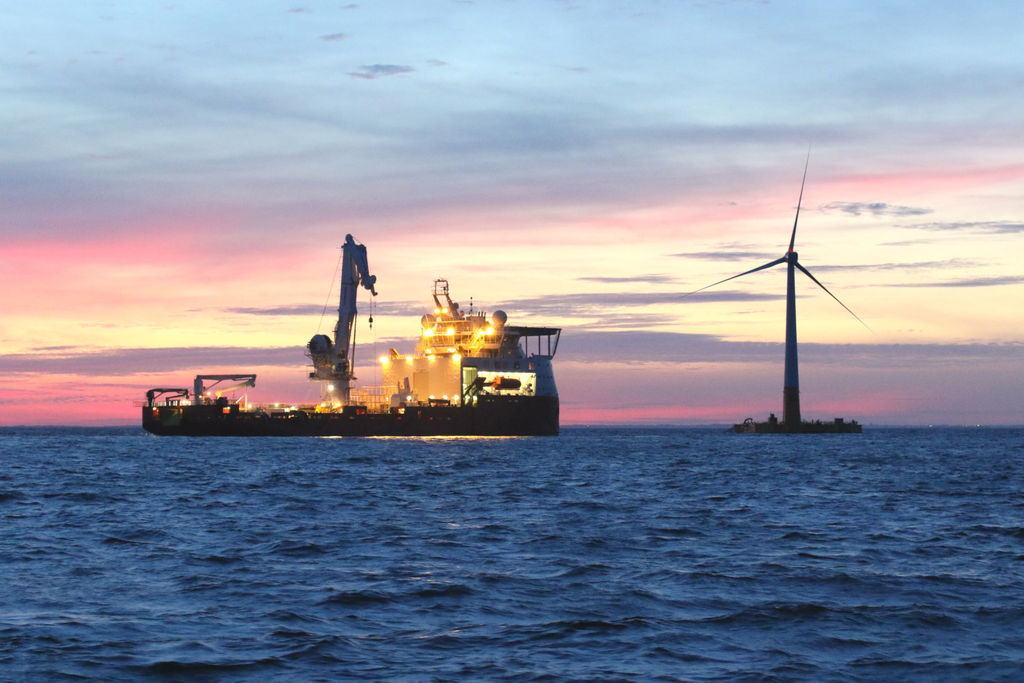