Methanol to hydrogen generator gets approved for marine use

The approval is said to represent a springboard for enabling the demonstration of the generators across different maritime sectors from ports and rowboats to offshore and deepsea vessels.

e1 Marine added that LR has also confirmed that the final approval for the technology is possible, including for inland waterways, when following Inland Waterway regulations.

As described, through this hydrogen generation technology, fuel cell-grade hydrogen is safely and cost-effectively generated from methanol and water.

It can be delivered on-site, onboard, and on-demand, and it provides an immediately viable pathway to green energy, e1 Marine claims.

Furthermore, the developer highlighted that the fuel cell grade hydrogen output meets all relevant ISO standards and is suitable for use with fuel cells to generate electricity or to supplement the standard fuel of a conventional engine.

The system was developed through collaboration between Element 1 Corp, a methanol-to-hydrogen technology company, Ardmore Shipping Corporation, an independent owner and operator of mid-size product and chemical tanker vessels, and Maritime Partners, a tailored leasing solution provider to the maritime industry.

Speaking about the technology, Robert Schluter, managing director at e1 Marine, said: “The maritime industry faces a once in a generation challenge in managing the way it utilises energy for propulsion as part of the global energy transition to net-zero carbon.

“Using e1 Marine’s technology, with methanol providing a safe and effective carrying medium for hydrogen, enables the adoption of clean zero-emission fuel cell power solutions. With the M-series methanol to hydrogen generator, we are making hydrogen a viable fuel option for the maritime industry for vastly different applications.”

To remind, e1 Marine will deliver its methanol-to-hydrogen fuel cell, which is said to consume 35% less energy than diesel generators, to the M/V Hydrogen One, expected to be the world’s first methanol-fuelled towboat.

The towboat will join the U.S.-based Maritime Partners’ fleet and become available for charter in 2023. 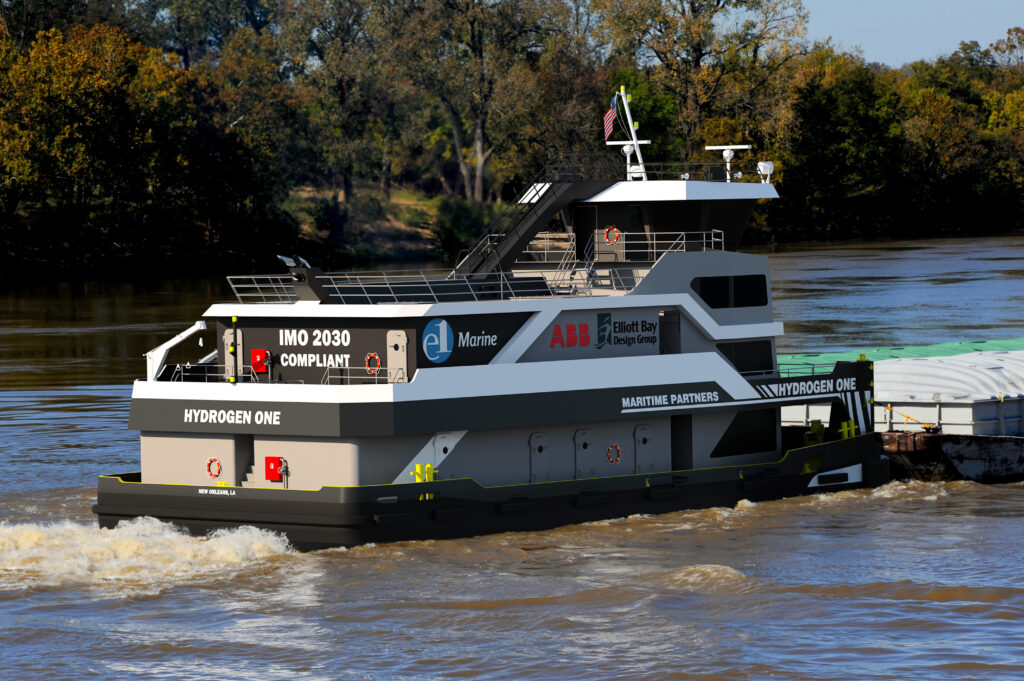