Mitsubishi Shipbuilding, a part of Mitsubishi Heavy Industries, has held a christening ceremony for the next-generation LNG carrier currently under construction for Japan-based Mitsui & Co.

The new ship, which was named Marvel Crane on February 21, is designed with improvements both to LNG carrying capacity and fuel performance due to the adoption of a more efficient hull structure and hybrid propulsion system.

Completion is scheduled for March 2019, after which the 79,000 dwt vessel will be put into service, transporting LNG for the Cameron LNG Project in the U.S., in which Mitsui & Co. is participating.

Featuring a length of 293 meters and a width of 48.9 meters, Marvel Crane is the first of two LNG carriers of the same design being constructed for Mitsui & Co. The ship has a total tank holding capacity of 177,000 m3.

Mitsubishi Shipbuilding received the order for the new vessel through MI LNG Company, a joint venture for the design and sale of LNG carriers established by MHI and Imabari Shipbuilding. 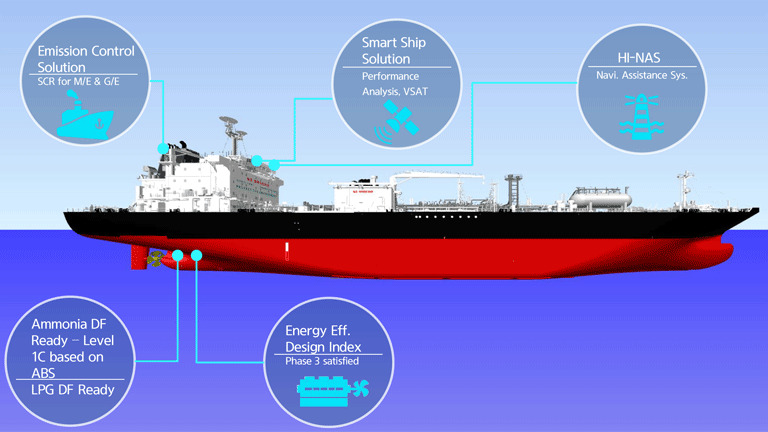