UK based firm executed the survey on behalf of M-Surveys, part of the Maritech Group using Hybrid AUV (HAUV) technology.

The 3000-metre rated Hybrid system carried out the offshore scope of work in water depths up to 1800 metres.

According to Modus, this is the deepest dive it has undertaken to date with an AUV.

Subsea surveys of 4 x 4 km grids were conducted at high speed, making use of the HAUV’s flexible payload.

It included a multibeam sonar and high-resolution video cameras, to collect data simultaneously.

Modus claims the HAUV spread provided improved speed and quality of data acquisition when compared to conventional ROVs or AUVs.

“Modus’ HAUV system provided us with the opportunity to significantly reduce our project timeline through the speed and efficiency of the HAUV in deep water drill sites.

“This was unprecedented and a step forward in how data will be acquired at these depths in the future.”

“With the latest 3000m rated HAUV only being delivered to our fleet in late 2019, it is a positive step forward for the technology to disrupt the traditional survey methodologies at these water depths.

“Operating the HAUV-2 fully autonomously, Modus sought to create a new benchmark for data quality, as well as helping to achieve a reduced project schedule for M-Surveys. 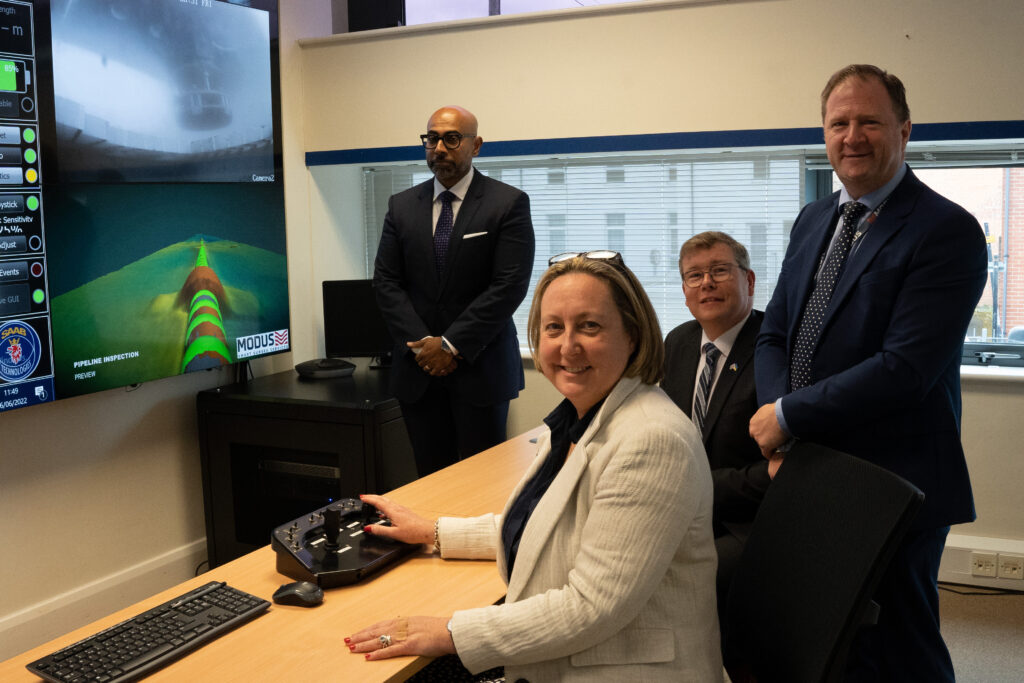